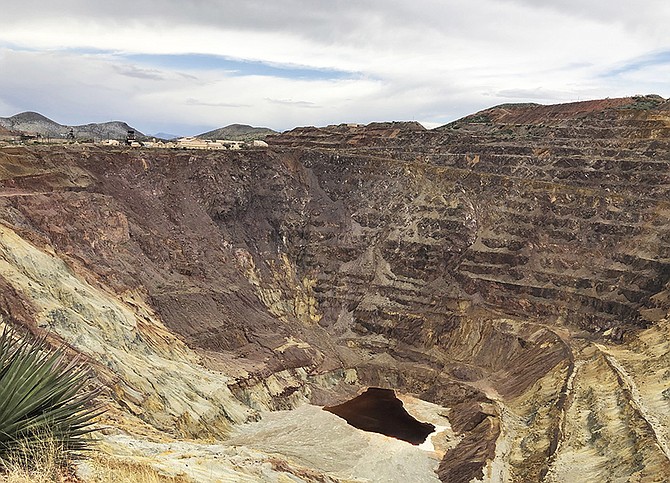 A May 12, 2019 photo, shows what's left of the Lavender pit mine outside Bisbee, Arizona, where the copper operation stopped in 1974. Forty-five years later, the pit remains a scar on the landscape, the layering made from potentially toxic mine tailings. A federal appeals court said the planned mine at Oak Flat does not interfere with Native American tribes ability to practice their religion. (AP Photo/Anita Snow)

A planned mine at Oak Flat does not interfere with the ability of Native Americans to practice their religion, a federal appeals court has ruled.

By Howard Fischer, for the Navajo-Hopi Observer July 5, 2022