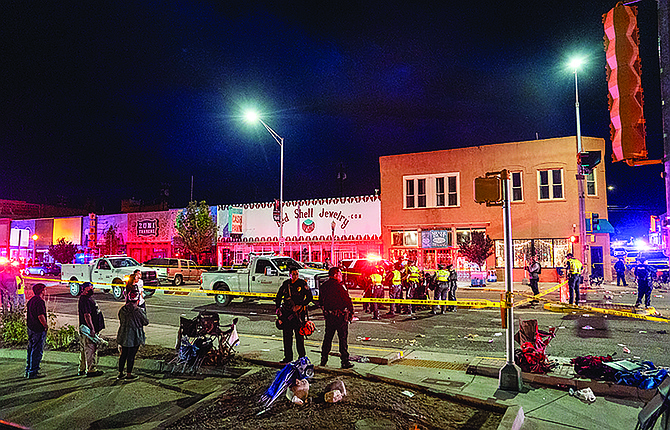 Police section off the site where an SUV came to an abrupt stop after a driver careened through the parade route of the Intertribal Ceremonial Centennial Celebration. in Gallup, New Mexico, Thursday, Aug. 4. 2022. Police arrested several people who were in a large SUV that drove through a Native American celebration in New Mexico, causing multiple injuries along a parade route crowded with families. (William C. Weaver IV/Gallup Independent via AP)

Blankets, shoes, banners and umbrellas were left strewn along the street and on the sidewalks as people fled Thursday evening in downtown Gallup, New Mexico.