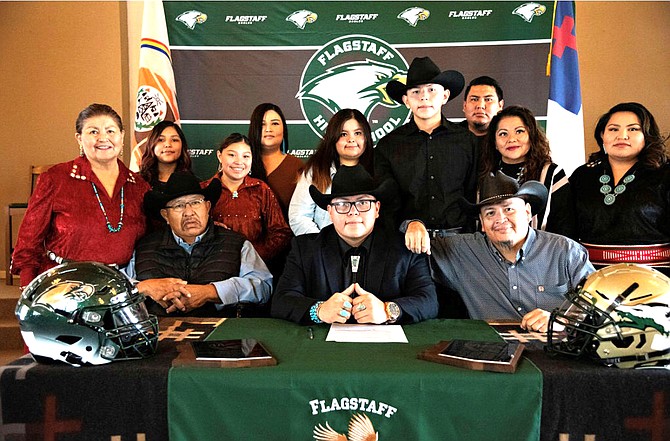 Flagstaff Eagles offensive lineman Brandon Shirley is taking the next step in his football career after signing with the Gila River Hawks.