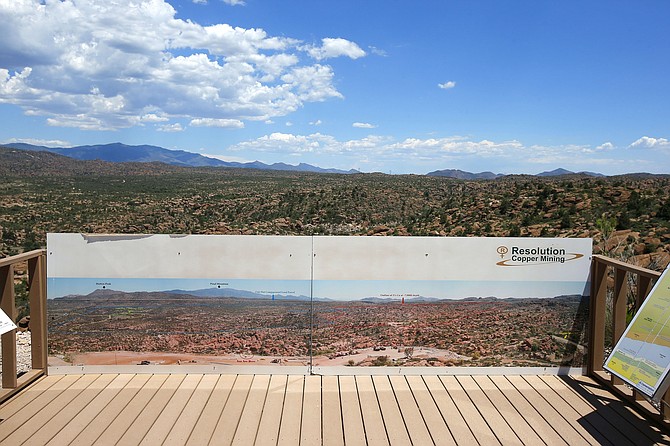 A group of Apaches who have tried for years to reverse a land swap in Arizona that will make way for one of the largest and deepest copper mines in the U.S. sued the federal government Jan. 12. Apache Stronghold argues in the lawsuit filed in U.S. District Court in Arizona that the U.S. Forest Service cannot legally transfer land to international mining company Rio Tinto in exchange for eight parcels the company owns around Arizona. (AP Photo/Ross D. Franklin, File)

A federal judge has rejected a request from a group of Apaches to keep the U.S. Forest Service from transferring a parcel of land to a copper mining company.