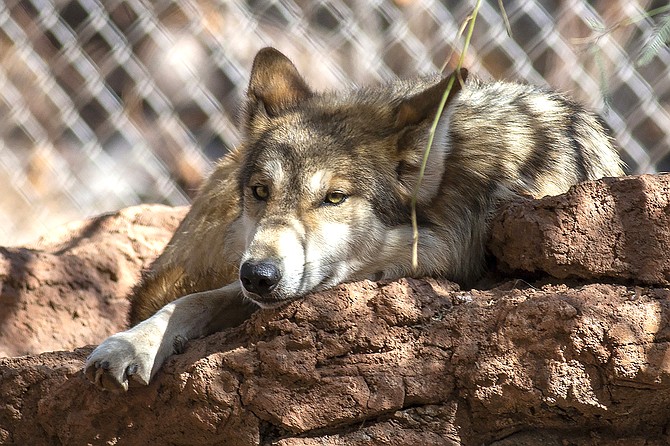 A female Mexican gray wolf rests in an enclosure at the zoo in Phoenix Feb. 4. One pack of Mexican gray wolves is now two, with three sisters remaining at the Phoenix Zoo while their two parents and three male offspring are now in Texas after being moved to the El Paso Zoo as part of a cooperative program to continue recovery of the endangered predators. (Phoenix Zoo via AP)

Endangered wolves sent from Arizona to Texas to aid species

A pack of endangered Mexican gray wolves has been reduced to two.