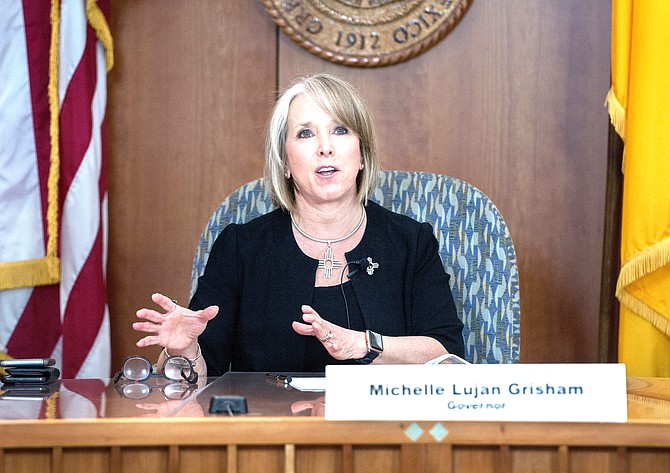 New Mexico Gov. Michelle Lujan Grisham gives an update on the COVID-19 outbreak in the state Capitol during a news conference in Santa Fe, New Mexico. The leader of one of the largest Native American tribes in the U.S. called on Lujan Grisham June 23, to end efforts to fight a court ruling that orders improvements in education for members of his tribe and other vulnerable groups. (Eddie Moore/The Albuquerque Journal via AP, Pool,File)

“The lawsuit needs to be pursued so Native students can be provided adequate education programs and services necessary to learn and thrive,” Nez said.