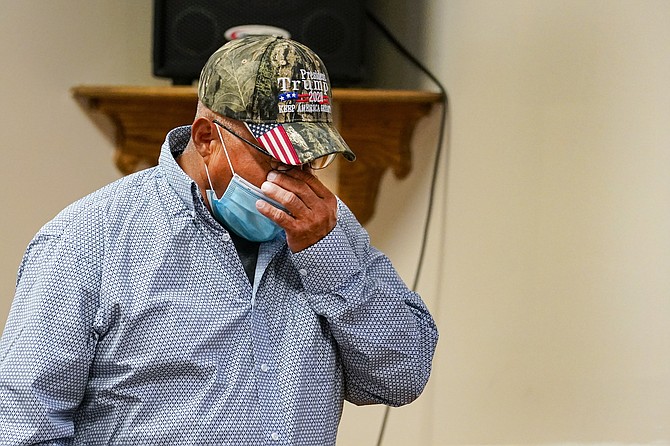 Daniel Lee, father of Tiffany Lee, wipes his face as he leaves the podium after a statement by his attorney at the federal prison complex in Terre Haute, Indiana, Aug. 26. Lezmond Mitchell, the only Native American on federal death row, was executed at 6:29 p.m. for the slaying of Lee's 9-year-old daughter Tiffany and her grandmother nearly two decades ago. (AP Photo/Michael Conroy)

Lezmond Mitchell, 38, was executed Aug. 26 at a federal prison in Indiana where he was being held.