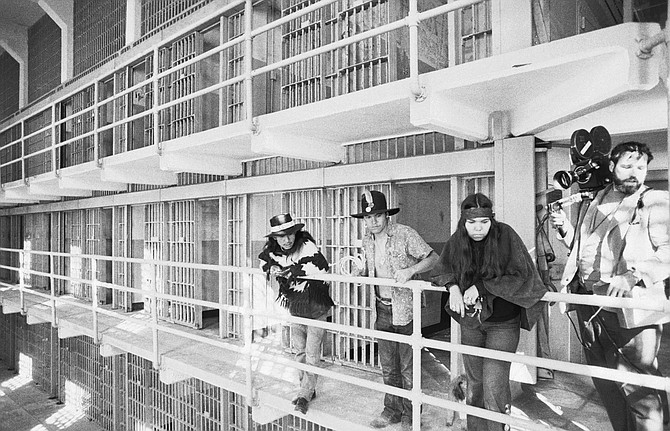 In this Nov. 19, 1969, file photo, part of a band of Native Americans look over the main cell block of Alcatraz after occupying the island in San Francisco. The demonstration by dozens of tribal members had lasting effects for tribes, raising awareness of life on and off reservations, galvanizing activists and spurring a shift in federal policy toward self-determination. (AP Photo/RWK, File)

On a chilly November night 50 years ago, a 7-year-old Peter Bratt, his four siblings and their single mother left their San Francisco home for the pier.