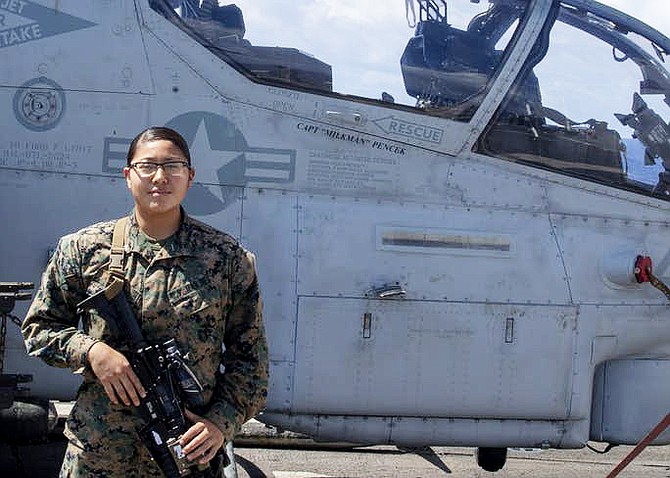 Leondra Begay's brother said that a combat role would be too demanding. She is proving him wrong. (Photo courtesy of Indian Country Today)

Told she shouldn't sign up, a Native female Marine talks about her combat role

Leondra Begay, a 22-year-old U.S. Marine, was once told by her brother that she shouldn’t sign up for a combat arms role in the Marines. Her brother Eric Sorrellhorse, an infantryman in the Army, said the combat role would be “too demanding.” Begay signed up right away.