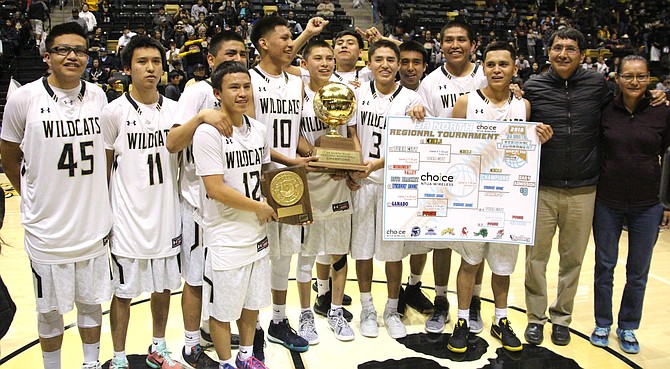 Playing the Scouts of Window Rock for the third time this year, the No. 1 Chinle Wildcats reached the Championship game with a 49 to 45 win over No. 4 Tuba City Warriors, in the semi-finals game of the 3A North Regional Tournament, in the Chinle Wildcat Den, hosted by the NTUA Choice Wireless.

By Anton Wero, for the Navajo-Hopi Observer February 13, 2018