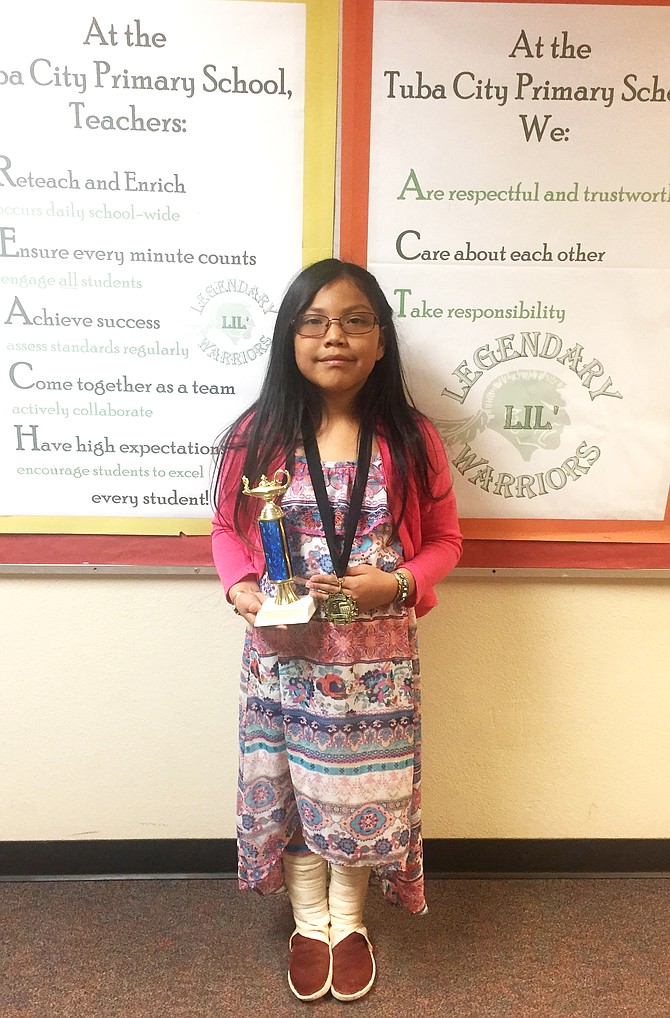 Third grader Katherine Nez was named grand champion Mathleague winner for Tuba City Primary 2017. Nez will compete at the state competition in Tucson this May. She will be accompanied by four classmates who were also state qualifiers.. Photo/Rosanda Suetopka

Staff and students at Tuba City Primary (TCP) were over the moon this week after third grader Katherine Nez was announced as the grand champion winner for the Math league competition.