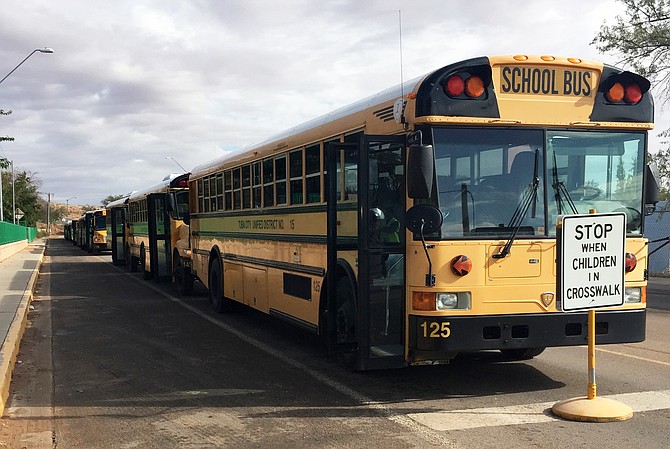 Several written requests have been submitted to Tuba City Unified School District (TCUSD) asking school bus drivers to drop students off in front of their homes because packs of dogs have either chased or tried to bite students who are coming to and from bus stops.