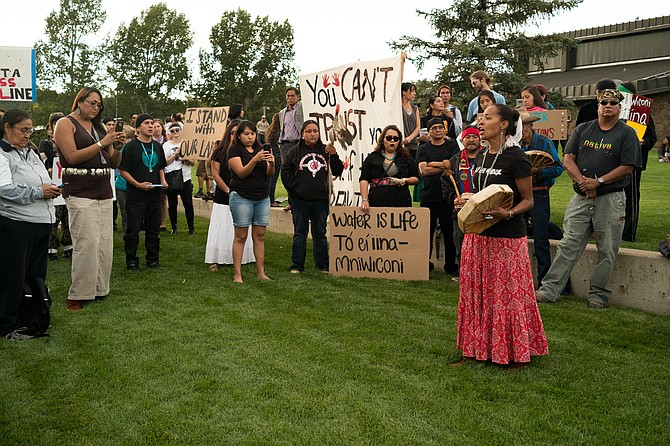 As a tempoary decision to stop the Dakota Access pipeline (DAPL), which could be constructed across treaty lands a half-mile from Standing Rock Sioux reservation in North Dakota was reached Sept. 9, Indigenous Youth 4 Cultural Survival gathered outside Flagstaff City Hall Sept. 6 in a show of solidarity with the Standing Rock Sioux Tribe.