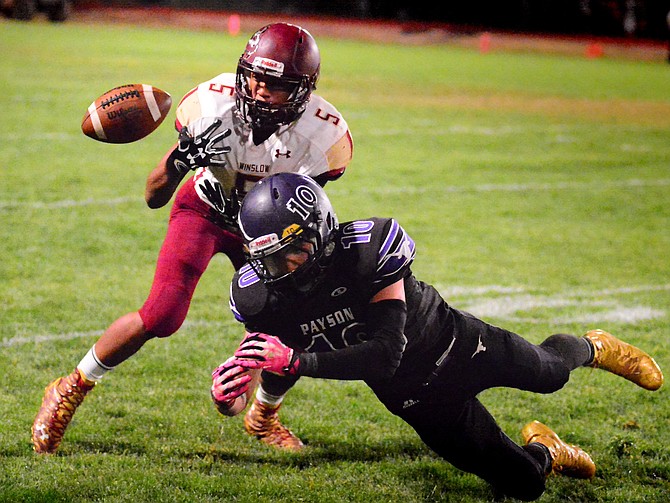 The Payson Longhorns defeated the Winslow Bulldogs Oct. 14 in Payson, dropping the Bulldogs record to 5-3 and possibly ending Winslow’s chances for the playoffs. An incomplete pass flies into the air between a Bulldog and Longhorn. Photo/Todd Roth

WINSLOW, Ariz. — The Payson Longhorns defeated the Winslow Bulldogs 48-19 Oct. 14 in Payson in their Homecoming game. The win improved Payson’s record to 3-5 for the season and dropped Winslow’s to 5-3.