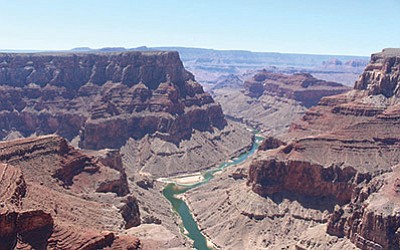 The Grand Canyon, at the confluence of the Colorado and Little Colorado rivers. A bill by Rep. Raul Grijalva, D-Tucson, would protect an additional 1.7 million acres around the canyon by designating them as part of new national monument. Sophia Kunthara/Cronkite News

WASHINGTON - Backers of a bill that would create a new national monument on 1.7 million acres of federal land around the Grand Canyon touted a new survey Feb. 18 that they said shows broad support for the plan.