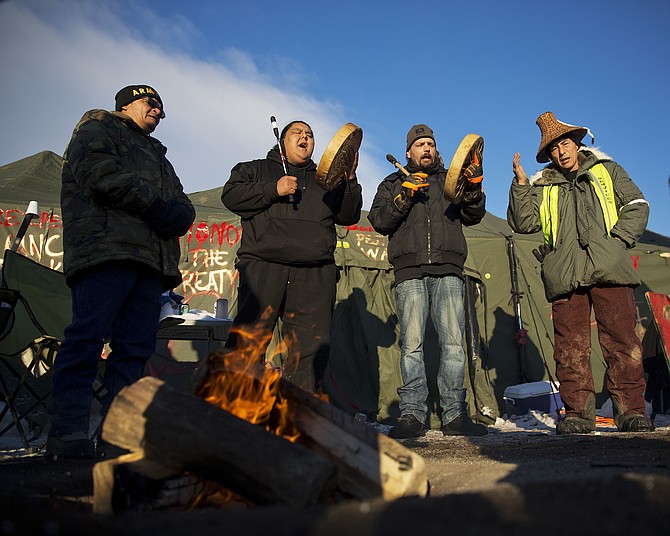 From left: Eugene Sanchez, Jason Umtuch, Martan Mendenhall, and Hugh Ahnatock, all of Portland, Ore., drum and sing at the Oceti Sakowin camp where people have gathered to protest the Dakota Access oil pipeline (DAPL) in Cannon Ball, N.D. Dec. 4. The U.S. Army Corps of Engineers said Sunday it won't grant an easement for the DAPL in southern North Dakota, handing a victory to the Standing Rock Sioux tribe and its supporters, who argued the project would threaten the tribe's water source and cultural sites. AP Photo/David Goldman

Federal officials with the Department of Army announced Dec. 4 they would not approve permits for construction of the Dakota Access Pipeline.