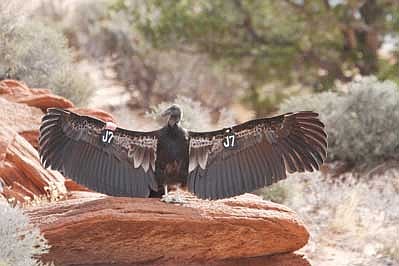 Condor hatches on South Rim of Grand Canyon
Peregrine Fund estimates hatch date around May 2, condor expected to fledge in the fall along with second condor at Vermilion Cliffs

GRAND CANYON - Between the areas of Grand Canyon National Park and Zion National Park there are 76 condors in the wild rugged canyon-lands of northern Arizona and southern Utah. While this number may not seem that large, it's exponentially greater than when these great birds of prey were on the verge of extinction only three decades ago.