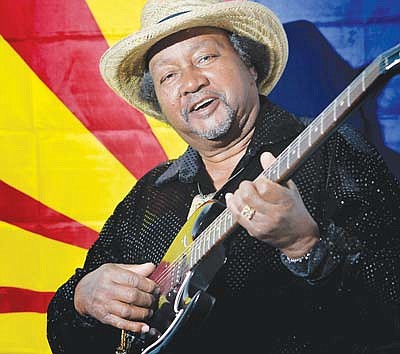 Courtesy photo
Tommy Dukes of Winslow is one of Arizona’s finest blues musicians. Dukes started playing guitar and harmonica at age 10 and has never looked back.

WINSLOW, Ariz. - The one and only Tommy Dukes was inducted into the Arizona Blues Hall of Fame on Feb. 16, 1997. He's been a resident of Winslow for most of his life. He played in the 2007 Memphis International Blues competition and represented the state of Arizona well. He was interviewed on NPR. The list goes on and on.