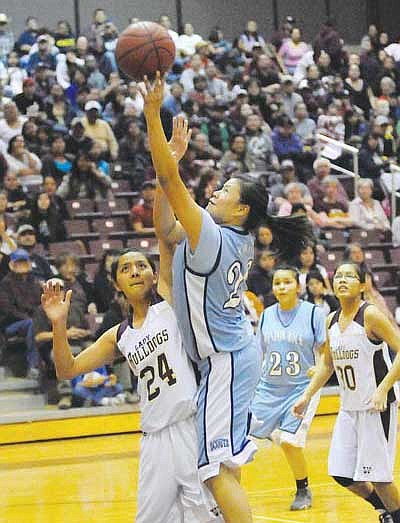 Todd Roth/NHO
A Window Rock Lady Scout player shoots against a Winslow Lady Bulldog defender. The Lady Scouts beat the Lady Bulldogs with a final score of 61-51. The teams will face each other again in Window Rock on Thursday.