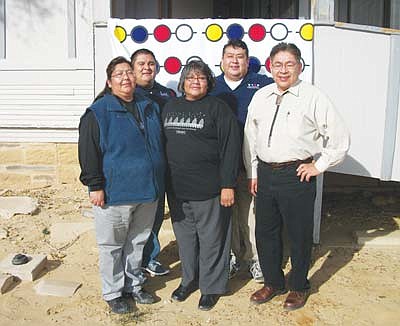 KYKOTSMOVI, Ariz. - The Hopi Education Endowment Fund (HEEF) celebrated its 10th anniversary this past month. HEEF is an organization established by the Hopi Tribal Council when Ordinance 54 was passed to establish a fund to help Hopi students pursuing post-secondary degrees. According to Executive Director LuAnn Leonard, "We were only hoping to get $1 million, but were awarded $10 million."