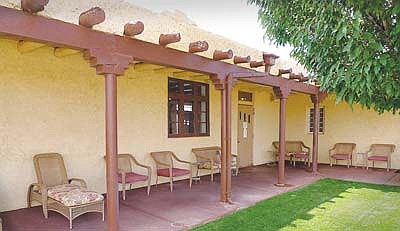 WINSLOW, Ariz. - The current operator of the Winslow airport is Wiseman Aviation based in Flagstaff. As the co-owner and CEO, Orville Wiseman has restored the terminal to pristine condition. In fact, it probably looks better than it did over 80 years ago. Wiseman even went so far as to reconstruct the low stucco wall beyond the veranda.