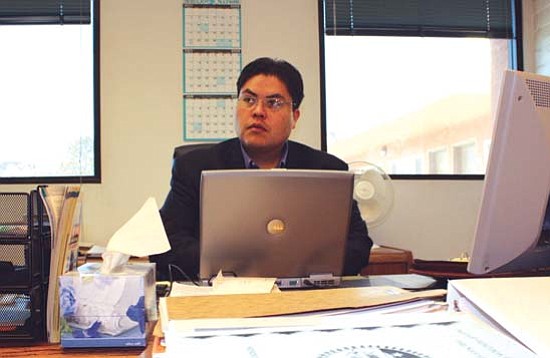 Courtesy photo
Communications Director Joshua Lavar Butler of the Navajo Nation Office of the Speaker has been temporarily appointed to run the Navajo Government Development office by Speaker Morgan. Butler's appointment was made May 8 and will run until July 8, or until a permanent appointment is made.