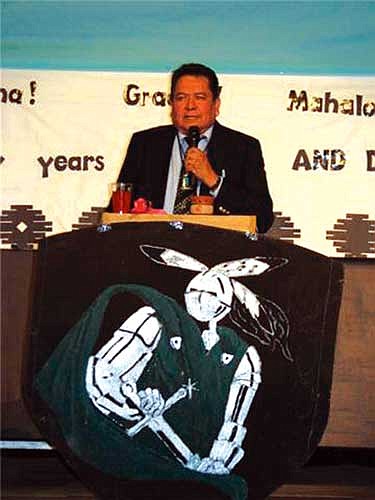 TUBA CITY, Ariz. - Greyhills Academy High School superintendent Andrew Tah is on the road again. Many of those that had worked with him during his 37 years in education gathered in the GAHS auditorium April 1 to bid goodbye as Tah became Navajo Nation Superintendent of Schools on April 6.