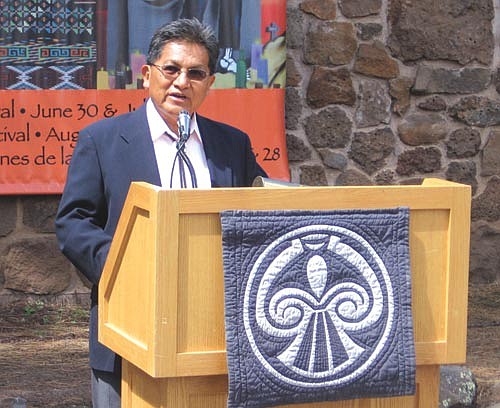 KYKOTSMOVI, Ariz. - On Sept. 15, Hopi Tribal Vice Chairman Todd Honyaoma and Tribal Secretary Mary Felter led the tribal council in removing three council representatives from First Mesa, one from Mishongnovi and one from Sipaulovi - and adding three new members. Chairman Benjamin Nuvamsa was on travel that day. Other representatives were absent, believing that the meeting had been canceled. Nuvamsa himself was suspended by the council on Sept. 22.