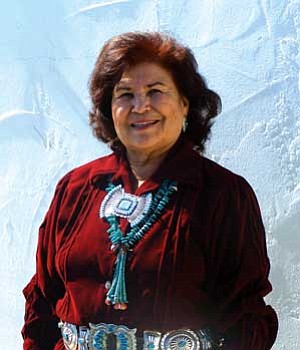 FLAGSTAFF, Ariz. - After an unprecedented 27 years as Coconino County District 5 Supervisor, Louise Yellowman announced earlier this month that she would not be seeking re-election at the end of her term, which began on Jan. 1, 1980. During her unparalleled career on the Board of Supervisors, Yellowman was a tried and true advocate for Native Americans and served as their voice on important issues not only in Coconino County, but also in Washington, D.C.