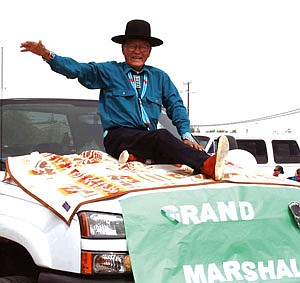 TUBA CITY-Each year, the students and staff members at Tuba City High School nominate a local or area person to serve as the homecoming parade grand marshal. The honor is given to someone who has shown loyalty, support and genuine concern and interest in the welfare and positive educational productivity of students that attend any of the seven Tuba City District schools.