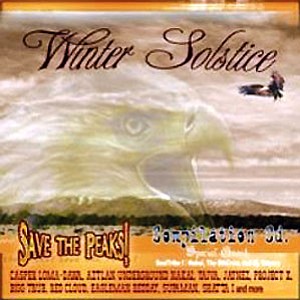 'Save the Peaks' compilation nominated for NAMMYs

FLAGSTAFF-"Winter Solstice," a Save the Peaks compilation album created to benefit and bring awareness to the protection of the sacred San Francisco Peaks, has been nominated for Compilation of the Year for the 2007 Native American Music Awards (NAMMYs). Winter Solstice features 16 premier Native American hip-hop, reggae and spoken word artists and was produced by ECHOES, a non-profit cultural and environmental organization based in the Southwest.