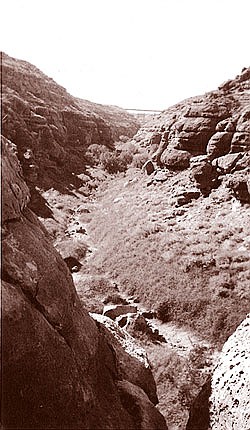 LEUPP-The Leupp Chapter House was once again the scene of controversy over water issues during the regular chapter meeting scheduled on Aug. 17. Actions during and after the meeting spurred C-Aquifer for Din&#233; president Calvin Johnson to draft a press release on Aug. 22. (See article below)