Many Farms to finish regular season this week 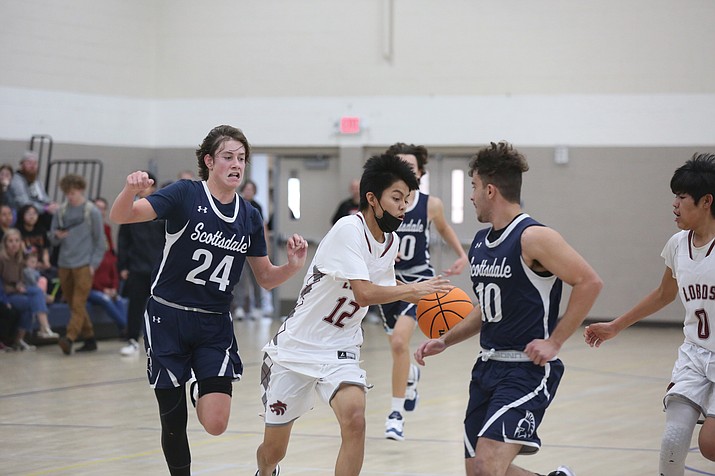 A Many Farms player dribbles through traffic in an earlier season game in Scottsdale. (Photo/Marilyn R. Sheldon)

MANY FARMS, Ariz. — The 2022-2023 season is well underway for the Many Farms High School boys basketball team.

The team has struggled this year, with a 1-9 record in the 2A North standings, and 2-14 overall.

The team faced Hopi at home Jan. 18. The Bruins posted an easy 79-41 win over the Lobos. The next day was another home game, this time with powerful Round Valley, who handed Many Farms a 71-12 decisive loss.

The closest game of the week was Jan. 21 at Valley High School. The final score was 78-42.

This week is the end of the regular season. Many Farms had two games scheduled. The first was against Greyhills Academy Jan. 24 in Tuba City. Their final game of the season is set for Jan. 26 against Round Valley in a road game. Tipoff is set for 6 p.m.

The Many Farms girls basketball team also had four games last week. The week started on a positive note with a 55-48 win over Hopi Jan. 18, at home. On Jan. 19 they hosted Round Valley, and posted a 56-42 loss. A Jan. 21 contest against Valley produced a 59-16 win for the home team.

Many Farm's last two games of the regular season were against Greyhills Academy Jan. 24, and Round Valley Jan. 26 at 4:30 p.m.