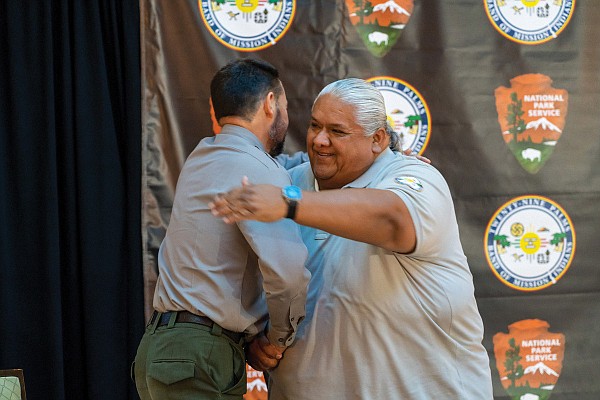 The agreement was signed at a ceremony at TPBMI headquarters in Coachella, Calif., formalizing an ongoing historical relationship between the Tribe and the southern California park.

Joshua Tree National Park is located east of Los Angeles, spanning 795,156 acres that includes two deserts — the Mojave desert and the Colorado desert. The stunning landscape features the park’s distinct name-sake trees and otherworldly geological formations and is home to wildlife such as the desert tortoise, bobcats, bighorn sheep and more. According to the National Park Service, Joshua Tree drew more than 3 million visitors in 2022, making it the 11th-most visited national park last year.

The TPBMI are descendants of the Chemehuevi, who settled in the desert near and around Joshua Tree in the late 1800s. Today, the Tribe’s reservation is adjacent to the park.

TPBMI Chairman Darrell Mike says the formal agreement will allow for expanded collaboration within the park.

“Our collaboration with Joshua Tree National Park is long-standing and meaningful for the tribe and visitors to the park,” Chairman Mike said in a statement. “This is sacred land to the Twenty-Nine Palms Band of Mission Indians and this historic signing will allow us to expand park services for those who visit and live near the park.”

The agreement includes several areas of focus, including:

• Trail development: The Tribe and the park will coordinate opportunities to establish trails originating on Tribal land to connect to established trails on NPS land. Coordination would include planning and technical guidance on the implementation and management of the trails on Tribal land.

• Continue joint planning on educational and interpretive activities: The Tribe and the park will collaborate on educational activities both inside the park and on tribal lands. This could include exhibits, web and social media and other digital media planning, as well as a future loan program for the Joshua Tree National Park Visitor Center in downtown Twentynine Palms.

"This agreement is tailored to the tribe and NPS’ needs and offers a way to collaborate beyond just consultations," Chairman Mike said in an email to Native News Online. "This is meant to help support and sustain the vibrancy of Joshua Tree National Park to benefit the tribal lands and experiences and programming for the local and tourist communities."

The National Park Service recently awarded the tribe a grant for trail planning and design through the Rivers, Trails, and Conservation Assistance program. The proposed trail will provide a loop hike through the park’s northern boundary and back down through Tribal lands.

The agreement is one of 13 co-stewardship agreements the federal government has entered since Secretary of the Interior Deb Haaland signed joint Secretarial Order 3403, which dictates that tribal nations be included in the management of federal lands and waters.