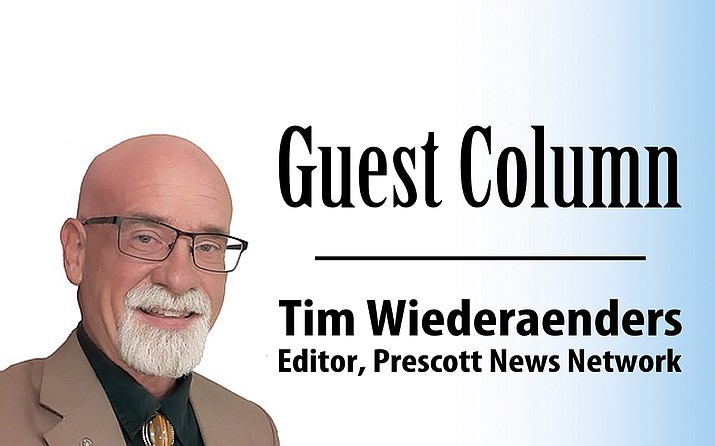 “Sunlight is said to be the best of disinfectants.”

That is what Supreme Court Justice Louis Brandeis wrote in an article for Harpers Weekly in 1913, and nothing shines a brighter light on government than newspapers.

However, there are some who would rather keep people in the dark. So newspapers must fight to be like the lamplighters of old.

Public notices are for everyone

For many years now, proposals have surfaced in the Arizona Legislature to take public notices out of newspapers. The latest is by Sen. John Kavanaugh of Fountain Hills; SB 1006 would allow cities and towns to place the notices only on their websites, for example.

But, in communities such as Prescott – where the median age is nearing 60 (and it is nearly 55 across Yavapai County) – many people do not have internet. According to Microsoft, about 32% or 2.4 million Arizona residents have no internet connection at home or elsewhere.

And even if they did, it is unlikely they would search those sites on the off chance they will find a notice that affects them.

It is far more probable that readers will come across pertinent notices in their newspaper, either in print or online, especially since many newspaper editors and reporters comb public notices for story ideas. This could include a notice about a bar that intends to open near a pre-school, a rezoning request to place a cemetery across the street from a residential area, a mining company seeking a permit to withdraw millions of gallons of water from the local aquifer, a unique new business coming to town, etc.

The government created public notice requirements to avoid the impression of backroom deals and shady biding. Printed public notices are unalterable and forever verifiable. Government should not be in the business of disseminating public notices. Many officials at all levels of government are averse to responding to even routine public records requests.

If government is allowed to handle its own notices, get ready for hassles, delays and hefty “administrative fees” to research and print copies of an ad.

Also, there have been too many municipal scandals during the past few years (think: Bell, California, and Flint, Michigan) and there is no reason to trust that public officials can police themselves. Why make it easier for government to operate in the dark?

Having an independent watchdog be a part of the public notice process better protects the interests of citizens. Newspapers ensure notices are published correctly and according to legally required time tables, and then provide affidavits that prove publication. Newspaper or press associations around the country, including Arizona, provide free access to aggregated notices posted by their state’s newspapers. Hundreds of thousands of dollars have been spent launching these sites and improving the technology for both archiving and searching notices. And best of all? It does not cost government one cent.

Politicians say they support local small businesses and the creation of jobs in the private sector. However, if they took public notice advertising out of newspapers, many direct and indirect jobs will be lost. Worse, the financial impact could cripple a local newspaper and a community could end up just one more news desert. Then, if government takes over this private sector business, they will have to increase their payrolls and expenses to do what newspapers already do so well.

Yes, there is a charge

These ads generate an important source of revenue for newspapers. But this valuable service is no government handout. Our public notice clerks do good work placing the ads for both government and the public. In most cases, the government rate is much lower than rates offered to other advertisers due to the volume they publish. Not only do we help keep the light shining on government with notices, newspapers help bind the community by covering local news, including human interest stories about our neighbors, civic events and so on.

Who can put a price on that?

Keeping public notices in newspapers is part of a checks and balances system upon which we built our country. Call it shining light where it is most needed.