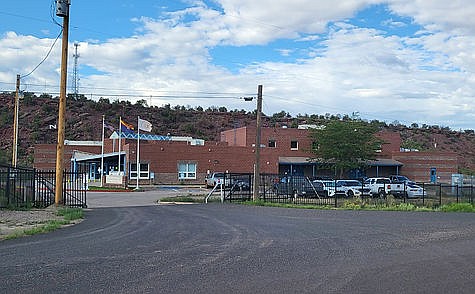 WINDOW ROCK – The Navajo Nation Deprtment of Diné Education (DODE) has assumed control of Nazlini Community School following a due process hearing Jan. 6 as the board investigated numerous allegations of a breakdown in leadership of the school’s governing board.

The hearing was called after DODE received documentation stating that the Nazlini Community School Governing Board was actively engaged in “micromanagement of the school” and interfering with the administrative affairs and day-to-day operations at the school.

The DODE also said the investigation found school adminstrators Harrison Smith and Marleita Began failed to have the required administrative or principal’s license from the State of Arizona for their positions.

“In addition, the documentation states that Begay possesses high-level access, including CEO level access to the school’s bank account that her to have undue influence over the school’s finances, daily school affairs, and is tantamount to micromanagement,” the DODE said.

By appointing Smith or Begay as chief school administrator without the proper credentials, the school governing board’s actions negatively impact the school’s operations and places the school at significant risk of loss by jeopardizing the school’s accreditation, the DODE stated.

A notice was sent to the Nazlini Community School Dec. 22. Two Nazlini school board members, JoAnn Dedman and Marleita Begay, did not attend Nazlini’s response meetings, so the school did not come to a consensus on how to respond to the allegations received by DODE as stated by Nazlini Board President Maybelle Kellywood.

Attorney Colin Bradley, representation for DODE in the hearing, advised the lack of a quorum and no official position from the school board should result in the default judgment, which is the assumption of control being granted to DODE. The Board of Education, acting as tribunal for the hearing, agreed with Mr. Bradley’s position.

The motion to grant the default judgment due to no legal representation, no defense or official response authorized from Nazlini was made by Board Member Priscilla Benally and seconded by Board Member Joan Gray. The motion was passed with a 5-0-2 vote to have DODE assume Nazlini Community School, Inc. by default.