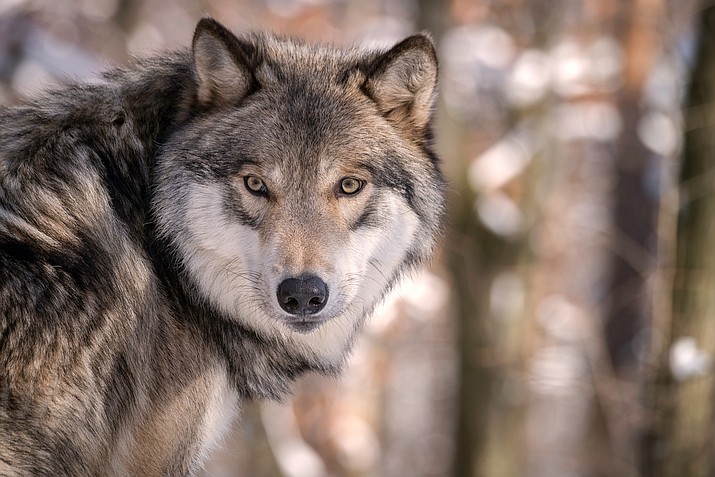 There have been a series of articles authored by Howard Fischer entitled, “Environmental Groups Sue Government over Failure to Approve Mexican Wolf Restoration Plan.” The article is germane to northern Arizona and requires clarification. Fischer quotes attorney Matthew Bishop for the Western Environmental Law Center and there were several inaccuracies which beg for correction.

First and foremost, the United States Fish and Wildlife Service (USFWS) did, in fact, approve the second revision of the 1982 Mexican Wolf Recovery Plan in September 2022. Fischer and Bishop refer to the “leading wolf scientists” being ignored which was also not the case. There have historically been many scientists from several agencies and varying backgrounds whose input was paramount to the court-ordered revision of the USFWS recovery plan. During the judicial process, the court heard testimony and evidence from a variety of these experts after which, the court rendered its decision based upon all the “best available science” presented during the proceedings. Like any similar ruling, no one got everything they wanted but the court considered all of the evidence prior to coming to its decision. As such, a few of our wolf advocates disagree with a couple of elements within the plan.

Central to the Mexican wolf recovery is Section 10(J) of the 1976 Endangered Species Act (ESA.) It states the recovery of any endangered species must be done within the probable historical habitat. The USFWS retains the sole legal authority to determine the probable historical range for wildlife species using the extensive biological data available. In this case, there was overwhelming evidence that the Mexican wolf subspecies occupied the woodland habitats in the Sierra Madre of Mexico northward into southern New Mexico and southern Arizona. Further, research has proven without a shadow of a doubt this wolf subspecies prefers only one of 22 habitat types in the southwest using the most advanced modeling tools: the needle-leaved evergreen tree habitat. Fischer’s article states that there are suitable habitat types north of Interstate 40. Unfortunately, these habitats are quite limited, comprising only 850 square miles or 2.6% of total available habitat. Arizona’s total available habitat for this wolf subspecies is currently 31,850 square miles. Given the ESA restrictions specific to restoration within historical ranges, the recovery must occur within the probable historical habitat as outlined in the 2017 recovery plan.

Another issue Bishop indicated was the USFWS rule allows “for too much take and killing of Mexican Wolves in the wild.” In the revised recovery plan, the USFWS outlined several specific actions to reduce human caused mortality. The revised plan restricts three methods of “authorized take” until genetic recovery goals are met. Cooperating agencies work together to reduce mortalities through increased law enforcement efforts and educational outreach among others. Wolf populations continue to grow by 13% annually and although the loss of any wolf is regrettable, these mortalities are not inhibiting recovery. This forward trajectory of the recovery can be enjoyed by all the cooperating agencies.

Perhaps the most significant example of journalistic editorialism was the speculation that our captive wolf breeding population was old and myopic in genetic biodiversity. Nothing could be further from the truth. Remember, the Mexican wolf was completely eliminated from the wild. The captive breeding stock in 1998 numbered less than 180 wolves. Your federal and state efforts have resulted in the Species Survival Plan (now known as Saving Animals from Extinction or SAFE) which culminated in a cooperative breeding program managed by members of the Association of Zoos and Aquariums (AZA.) The captive Mexican wolf population is overseen by expert advisors who work together to maximize genetic diversity and long-term sustainability. In 2019, SAFE began a more aggressive breeding program and presently, the captive population has a much younger profile and age. Unknown to the public, there are over 60 facilities involved in the SAFE breeding and rearing program for Mexican wolves. At the time of the first Mexican wolf release, there were less than 180 wolves in captivity for breeding stock. Today, there are approximately 370 carefully managed Mexican wolves in captivity. As a result, reestablishing this subspecies into the wild is more certain now than at any time in the past. We went from zero wolves in 1998 to 196 wolves in the wild today. This program reflects the finest traditions of conservation and applications of sound, effective science.

The Mexican wolf is a controversial subject and always will be. The Arizona Game and Fish Department (AZGFD) continues to be a contributing partner as the USFWS takes the lead. There are over ten federal, state, and tribal contributing agencies, each providing sound science and differing views to the future propagation of this once nearly extinct species of wildlife. There can be no doubt, the Mexican wolf subspecies is on our landscape and there it will stay. More remains to be done in order to achieve the completion of the Mexican wolf recovery. There continue to be record numbers of wild wolves on the landscape, numbers of pups born each year, and increasing packs across the southwest. It seems the “Mr. Fischer’s and Mr. Bishop’s” of the world will continue to promote litigation instead of cooperation. As these baseless and needlessly expensive battles are waged in the courts, please be cognizant of the fact that AZGFD will remain focused on all of Arizona’s 820+ species of wildlife and not just the few.

Dr. Todd Geiler is a multigenerational Arizonan with deep roots in Yavapai County’s and Coconino County’s agricultural communities. He is a solo optometric practitioner in Prescott, Arizona and serves as the Vice Chair of the Arizona Game and Fish Commission. He has been married to his wife Leisa for 17 years and he seeks constant spiritual and political advice from their British Labrador, “Jinx.”