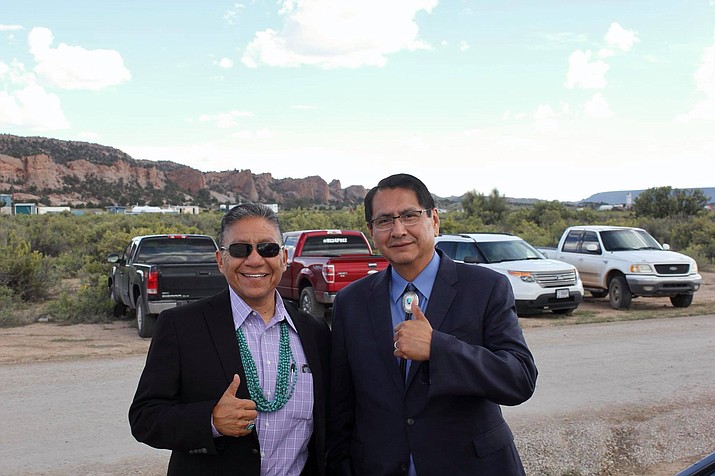 WINDOW ROCK, Ariz. — Navajo Nation President Jonathan Nez and Vice President Myron Lizer applaud the recent inclusion and approval of advance appropriations for Indian Health Service (IHS), which was included in the $1.7 trillion omnibus spending bill passed by Congress and signed into law by President Joe Biden last week. The bill contains more than $5 billion in advance funding for IHS for FY2024, in addition to $7 billion for FY2023.

Nez and the Navajo Nation Washington Office worked with the White House, members of Congress, IHS Director Roselyn Tso, and national health organizations to advocate for the advance appropriations, which he described as one of the most significant commitments by Congress in recent history to truly recognize the treaty and trust obligation for health care in Indian Country.

“This is a significant step toward providing fiscal certainty for the Indian health care system and fulfilling the United States’ trust responsibility and treaty promises to the First People of this country. Our Navajo leaders long ago had the foresight and wisdom to prioritize health care as a main component in the Navajo Treaty of 1868 and it’s our responsibility to hold the federal government accountable. We appreciate the combined advocacy of tribal nations, health groups, and our congressional delegation to secure advance appropriations,” Nez said.

On July 28, Nez testified before the House Natural Resources Committee’s Subcommittee on Indigenous Peoples in which he noted that IHS is one of the only federal health systems not insulated from government shutdowns. He added that this disparity highlights the devastating impacts that government shutdowns have on the delivery of health services to include loss of physicians due to non-payment, gaps in care due to furloughs of administrative staff, and increased barriers to accessing health care services. He also focused on the Navajo Nation’s response to COVID-19 and the health impacts on the Navajo people.

The Navajo Nation Office of the President and Vice President thanks the Biden-Harris Administration, Congress, Indian Health Service, Office of Management and Budget, Senate Committee on Indian Affairs, 24th Navajo Nation Council, and many others for working together to accomplish this historic achievement for tribal nations across the country.