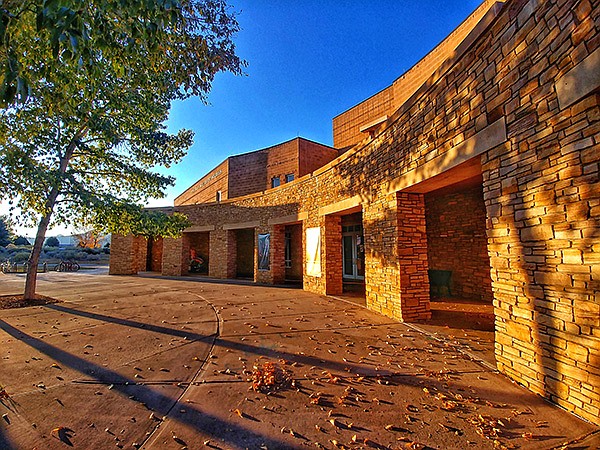 DURANGO, Colo. — The Fort Lewis College Center of Southwest Studies and the La Plata County Historical Society have conducted repatriation projects to return Native American funerary objects and human remains to the Hopi Tribe, according to notices published in the Federal Register.

The ancient remains and associated burial artifacts from the years 700 to 1300 were excavated from two archaeological sites in La Plata and Dolores counties in 1936 and 1937 The remains and burial objects were approved for return to the Hopi Tribe in 2018 and 2022, respectively, through the Native American Graves Protection and Repatriation Act process. The completed repatriation process is pending and was delayed because of the coronavirus pandemic.

The 1990 federal law requires museums and institutions that accept federal funding to conduct inventories and assessments on collections that may qualify for repatriation to tribes under NAGPRA.

Tribes view the research, consult with museums, visit collections and make ownership claims on the remains of their ancestors along with the burial objects. Once repatriated, they conduct highly private reburial ceremonies at undisclosed locations. 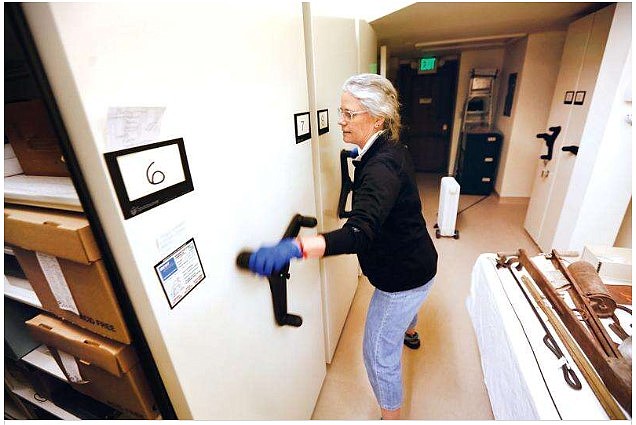 Susan H. Jones, a curator at the Animas Museum, cranks movable shelves in a state-of-the-art collections storage and workspace room at the museum. (Photo/The Journal)

“We got a letter from the Hopi Tribe that said those are our people,” said Susan Jones, curator for the La Plata County Historical Society.

During a visit to the Hopi reservation in 2018, she and historical society officials and a federal archaeologist met with the Tribal Council and elders to discuss the repatriation project.

“It was an incredible experience. Repatriation is the right thing to do to respect their ancestors,” Jones said.

A Hopi elder, referring to the display of Native American remains in U.S. museums in the early 1900s, expressed the exhibits as a disrespect for the living and for the dead.

“How would you like it if your grandmother was on display?” he asked.

The archaeological excavation sites that removed the burials and funerary objects were located in Durango and near Dove Creek.

In September 1936, human remains representing at least 22 people were excavated from a burial called the Ignacio site within the city limits of Durango, according to a report in the Federal Register.

The dig was conducted by members of the Depression-era National Youth Administration under the supervision of the renowned Helen Sloan Daniels of Durango, an avocational archaeological enthusiast, in anticipation of a gravel pit being constructed.

After being disinterred, the human remains were taken to the Durango Public Library for cleaning, display and storage, the report says. They were transferred to a private residence and eventually donated to the La Plata County Historical Society in 1989 and kept in storage.

In 1937, Native American human remains representing at least 27 individuals were excavated from the Sago School archaeological site in Dove Creek.

National Youth Administration workers under the supervision of archaeological enthusiast Lola Sanders removed the burial items for the Durango Public Library Museum project, according to the Federal Register report.

The remains were eventually held under the care of the La Plata County Historical Society, and have since been authorized for return to the Hopi Tribe.

Jones said the research and consultation process under the Native American Graves Protection and Repatriation Act took 18 months. The historical society was awarded a $60,000 grant from NAGPRA, which awarded repatriation grants totaling $52.02 million from 1990 to 2020.

The NAGPRA repatriation project includes six funerary artifacts associated with the remains of four children removed from the Ignacio site.

They are described as two Rosa Grayware jars, two Rosa Grayware pitchers, one Grayware bowl and one Rosa black-on-white bowl. Pottery studies indicate they were manufactured during the Basketmaker III period to the Pueblo 1 period, 500 to 900 A.D.

In 1962, the six artifacts were donated to the Fort Lewis College Museum, and in 2001, there were transferred to the FLC Center of Southwest Studies.

Two funerary items that came from the Sago School site excavation included a Mesa Verde black-on-white bowl and mug. At an unknown date, the bowl was donated to the FLC Museum, but its current location is unknown. Studies indicate the mug was manufactured between 900 and 1150 A.D.

“The seven objects described in this notice are reasonably believed to have been placed with or near individual human remains at the time of death or later as part of the death rite or ceremony,” officials with FLC said in the Notice of Inventory Completion published in the Federal Register.

Museum curators with Center of Southwest Studies declined to comment about the details of the repatriation case. In an email, collections manager and NAGPRA specialist Amy Cao said the center was in the process of working with tribes and consultants on repatriation projects.

Messages left for officials with the Hopi Tribe were not returned.

‘So much was removed from Southwest’

The repatriation of human remains and objects is a highly important issue for tribes, said Ernest House Jr., a Ute Mountain Ute tribal member and senior policy director for the Keystone Policy Center.

“It is a sensitive and very private matter,” he said. “In the U.S. and Europe, more and more museums are building relationships with tribes and returning artifacts and remains. So much was removed from the Southwest.”

House served as executive director for the Colorado Commission of Indian Affairs for 11 years. During his tenure, he focused on NAGPRA implementation and fostered government-to-government relationships between Colorado and tribal governments. 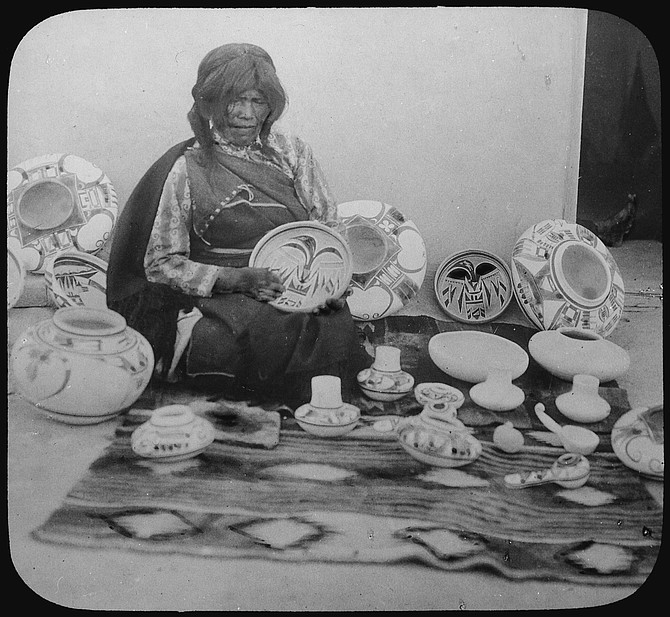 In 2007, an agreement was reached that Native American remains inadvertently uncovered on state land would be managed by Ute Mountain and Southern Ute tribes for reburial.

“They are inundated, and it is important to keep the programs alive for the next generation,” he said.

Museum programs are shifting more toward tribal consultation and management of Native American exhibits, House said. Tribe advisers oversee projects, loan items for exhibits and decide what is appropriate to display and at what time of year.

The field of archaeology has also changed in the last 20 years to include more partnerships with tribes with ancestral ties to a site.

Even in the early 2000s, tribe participation in archaeological digs was “few and far between,” House said. “It was an issue of science meets traditional knowledge – that is where the conversation would stop. At the end of the day, the Indigenous voice was not being heard. Now we are seeing a shift that invites tribal perspective. We’re starting to see more Indigenous people getting into archaeology.”

NAGPRA compliance and tribal consultation has been a priority for the Canyons of the Ancients National Monument Visitor Center and Museum, said Marietta Eaton, former monument and museum manager.

“It takes time to build relationships and trust with tribes, managers, curators, and staff picked up that ball and carried it forward,” she said.

The 176,000-acre monument contains more than 6,000 recorded archaeological sites, among an estimated 30,000 sites. The monument land was used for 10,000 years, and modern Native American descendants retain their connection to the land.

At the recommendation of tribal members, some exhibits were changed or removed. Their display was inappropriate because of the sensitive cultural importance, and details about the removed items were not shared outside the tribe and museum staff members, Eaton said.

Canyons of the Ancients curated funerary objects from the Falls Creek archaeological site in La Plata County, which were repatriated under NAGPRA to appropriate tribes, she said.

In acts of reconciliation, some people have dropped off Native American artifacts and remains that their families collected to various museums, including at the Canyons of the Ancients museum.

In one case not involving Canyons of the Ancients, a ceremonial Zuni shield that a family possessed was turned in to a museum and returned to the tribe. The person did not know what it was and had been planning to sell it until someone noticed its cultural importance.

The archaeology world is coming to grips with the ethical dilemma that historically treated Native people as subjects of study, Eaton said. In the early 20th century, there was a rush to fill museums with artifacts, often seen as curiosities.

“There was this sense, ‘I’m an archaeologist, and I know about these things,’” she said. “That is changing a whole lot. There is more respect to see it from the different perspective of tribes who have a very strong attachment.”

She said the biggest job of museums now is to bring archaeology and tribes together so there is more understanding and more empathy.

Eaton puts the issue in context, asking non-Indigenous people to see it from the Native American perspective.

“These are their ancestors. Imagine going to the Cortez graveyard and digging up people’s relatives. It is a matter of respect to the descendants of people who are still here,” she said.

According to a NAGPRA 2020-21 annual report to Congress, there are more than 116,000 Native American people still in collections, and 95 percent of them have not been culturally affiliated with any present-day American Indian tribe or Native Hawaiian organizations.

“Cultural affiliation studies and in-depth consultations could resolve the rights to many of these individuals,” the report said.

Of museums subject to NAGPRA, 28 percent have resolved all Native American human remains under their control.

This story is reprinted with permission from The Journal (Cortez). You can find the original link at https://www.the-journal.com/articles/durango-and-fort-lewis-college-museums-repatriate-remains-burial-objects-to-hopi-tribe/.