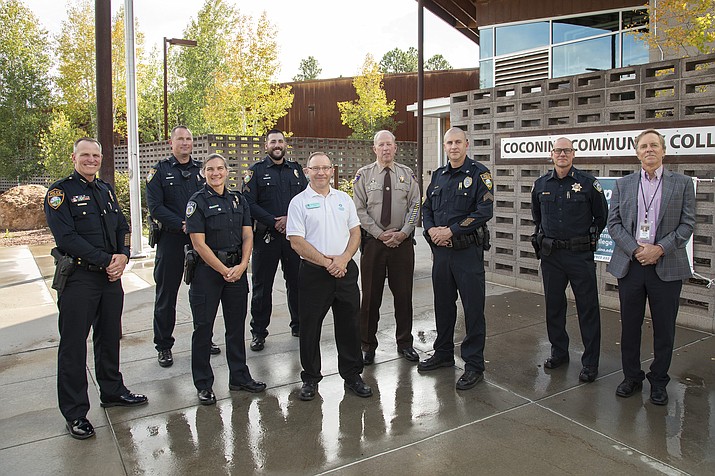 Navajo The High Country Training Academy will now be established in 2023 for use by local and state-wide law enforcement agencies. (Photo/Coconino Community College)

FLAGSTAFF, Ariz. — On Sept. 12, the Coconino Board of Supervisors approved money to train and certify recruits as peace officers at a newly-created High Country Training Academy in Flagstaff, Arizona.

The officers would be trained through the Arizona Peace Officers Standards Training (POST).

Historically Coconino County Sheriff’s Office, Flagstaff Police Department and other regional jurisdictions sent peace officer recruits to training academies in Yuma, Tucson and other places across the state. Along with limited availability for new recruits and associated travel costs, training schedules at statewide academies do not always conform to the hiring needs of local agencies.

“It’s a very important endeavor for us to have a police academy in the Flagstaff area,” said Chief Deputy Bret Axlund, “The Sheriff’s Office and CCC have partnered to operate a Detention Officer’s training academy at the school since 2005, which has accommodated hundreds of recruits, so this new training opportunity will build on an already proven partnership.”

After several meetings between various stakeholders including the county, city of Flagstaff, Coconino Community College (CCC), and Northern Arizona University (NAU), the High Country Training Academy will now be established in 2023 for use by local and statewide law enforcement agencies.

One of the many benefits of a local police academy will be the inclusion of Flagstaff Police, Coconino Sheriff’s deputies, and NAU Police officers as instructors, who can provide training based on their agency and community culture, as well as local policies and procedures.

“This is a very exciting program and something that is so needed here in northern Arizona,” said Board Chair Patrice Horstman, “Once again Coconino Community College is leading the way in providing job training and career advancement for our residents.”

Along with approving the agreement, the board also approved the necessary funds in the amount of $130,000 for FY23. According to CCC Provost, Dr. Nate Southerland, the costs will be recouped by the school through the academy’s program fees and support from the Arizona@Work initiative. In addition to formation of the new training academy, a group of local partners is also convening to formulate a legislative request to fund a future Joint Training Facility to include police, fire, EMS and other first responder training to be built in Coconino County.