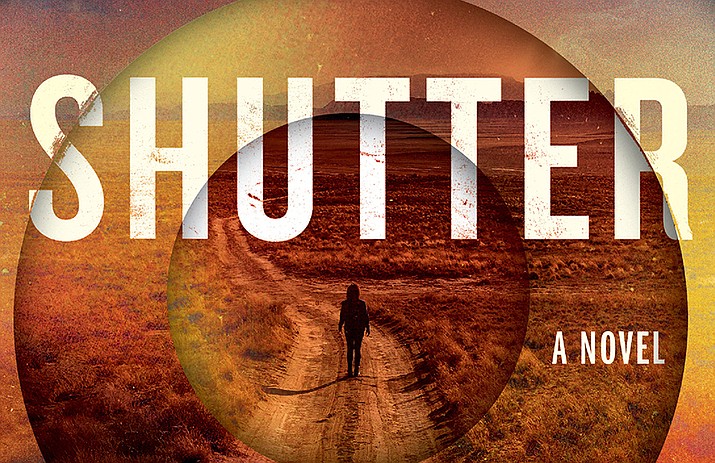 FLAGSTAFF, Ariz. — The accolades for Ramona Emerson’s new book “Shutter” are coming in — it is one of 10 books announced Sept. 16 for the 2022 National Book Award Longlist for fiction as a “debut that is part paranormal horror and part coming-of-age story.”

Emerson said the recognition is nice but still unfamiliar — she is a filmmaker in her day job, one that even though she is an Emmy nominee, a Sundance Native Lab Fellow, a Time-Warner Storyteller Fellow, a Tribeca All-Access Grantee and a WGBH Fellow, has not come with very much attention or recognition.

“I’m not really used to that kind of stuff,” Emerson said in an interview after the Longlist for fiction was announced. “I’ve been making movies for a long time… 20-25 years. I’ve just become accustomed to working on stuff that nobody really cares about or asks me about. It’s definitely a change that I’m starting to get used to, but it’s a big change, I have to admit.”

It’s taken 10 years for “Shutter” to finally reach audiences. Emerson graduated in 2015 with a master of fine arts from the Institute of American Indian Arts in Santa Fe, New Mexico.

Drawing on her own upbringing on the Navajo Nation and her experience working with the Albuquerque Police Department as a forensic photographer, “Shutter” delves into crime fiction with a description of life on the reservation and encounters with police and Southwestern drug cartels drawn from real cases Emerson observed.

“Shutter” is a record of Diné culture told from the point of view of Rita Todacheene, a forensic photographer whose skill has cracked many cases, but whose ability to see ghosts drove her away from the reservation and forced her to turn into a superhero to seek justice for the underserved.

It’s the talk of ghosts, a taboo in Diné culture that Emerson thought might affect her community’s acceptance of the book, but so far her encounters at book events on the Navajo reservation have not resulted in much controversy.

“I went out the Navajo rez and I didn’t get burned at the stake or pitchforked or anything,” Emerson said. “That was very nice. I didn’t know what to think as far as what I was writing about versus my own community, so I was a little worried about that.” 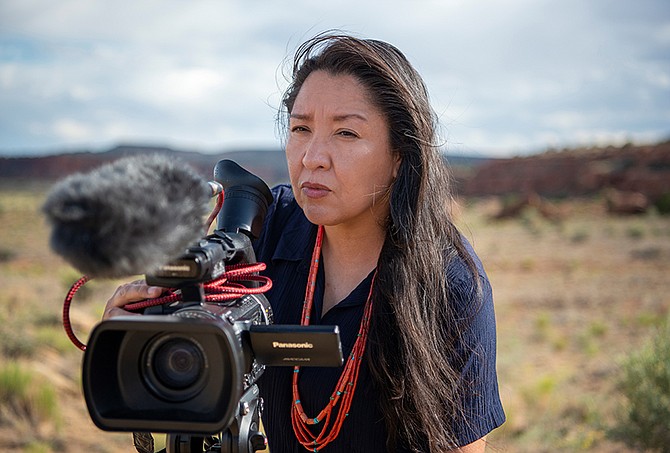 Emerson said she has discussed writing about taboos with other Diné people and sometimes the subject is brought up during question and answer sessions at book events. She thinks her book is a good starting point for having some of those discussions.

“I think it’s something that really has to be addressed as far as Navajo culture and how we learn to have these kinds of taboos,” Emerson said.

With her experience in film, Emerson and her husband, producer Kelly Byars, run their production company, Reel Indian Pictures, Emerson said she considered how “Shutter” could be turned into a film.

“I could easily see how it could be but it’s such a long story with so much backstory and front story and there’s so much involved, it would be better as a series (TV) or as a bunch of films,” she said. “If you tried to fit it into two or three hours, it would just be a mess.”

Emerson said “Shutter” is part of a trilogy with two more books to come in this series and after that she doesn’t know what will happen next.

“My agent asked me if I can write about something happy,” Emerson said, laughing. “I said, “Check back with me on that, I’ll see.’ We’ll see after the next two grizzly tales if I’m ready for a super happy book.”

Emerson said she’s in the process of writing the second book, which is already starting to get “grizzly,” and she’s trying to keep it in tempo with the first book and returning to the characters and mood is a challenge, but that’s not the only one.

“I think it’s kind of scary because now I have to top that book,” Emerson said. “And it’s not easy. It’s hard to figure out ways to make it scarier or to make it as engaging as the first one. So the better “Shutter” does, the more pressure I feel because I think I have to do something better than this.” 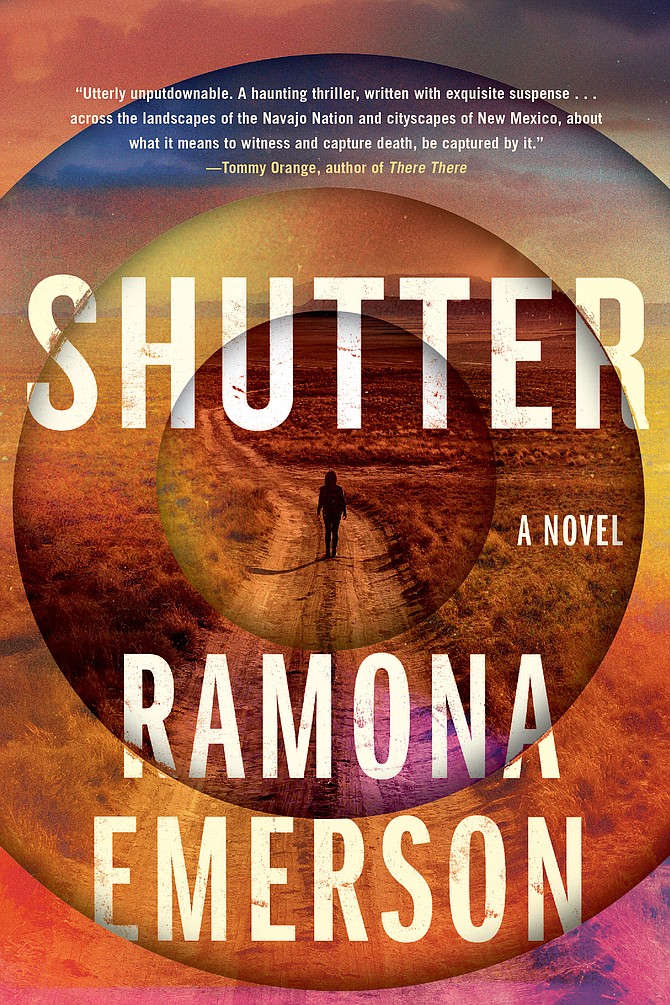 “Shutter is published by Soho Crime/ Soho Press and is Longlisted for the National Book Award.

Emerson is a Diné writer and filmmaker originally from Tohatchi, New Mexico. She has a bachelor’s in media arts from the University of New Mexico and an MFA in creative writing from the Institute of American Indian Arts. After starting in forensic videography, she embarked upon a career as a photographer, writer and editor. In 2020, Emerson was appointed to the Governor’s Council on Film and Media Industries for the state of New Mexico. She currently resides in Albuquerque, New Mexico. “Shutter” is her first novel.