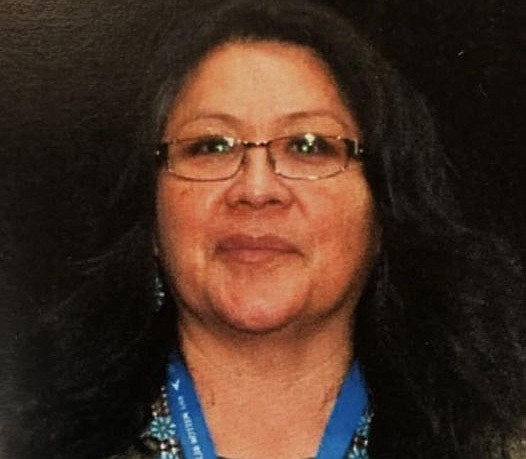 Delphine Martinez died while hiking at the Grand Canyon Sept. 5. (Photo/Navajo Office of the President)

WINDOW ROCK, Ariz. — The Navajo Nation is mourning the loss of a beloved employee, who died Sept. 4 while hiking in the Grand Canyon.

Park officials said Martinez died Sunday along the Thunder River Trail about one mile from the confluence of Tapeats Creek and the Colorado River.

They said Martinez was on a multi-day backpacking trip.

High temperatures in the inner canyon were well over 100°F, with the high temperature at Phantom Ranch approximately 115°F that day.

“(We) are saddened by the loss of a great Navajo Nation employee, wife, mother, sister, auntie, and grandmother, Delphine J. Martinez,” they said in a statement. “Delphine was full of energy and enthusiasm to do more in life. She enjoyed helping people, being around her co-workers and often took the lead in planning the Retirement Recognition for the Navajo Nation employees. She inspired many individuals, provided words of encouragement and stood on her upbringing and beliefs.”

The president’s office said Martinez was from Sunrise near Greasewood, Arizona. She leaves behind her husband, Gene Martinez, and three children, Mikala, John and Jacob.

“Our thoughts and prayers are with the family, friends, and coworkers of Delphine,” Nez said. “She was a dedicated employee who devoted her life to serving our Navajo people and her family. We pray for strength and comfort for her loved ones and her community. Words cannot express our appreciation for her work and many years of service to the Navajo Nation.”

Donations to the family can be made at the Department of Retirement Services, Hogan Tso Office Complex, #47552-E in Window Rock, Arizona.