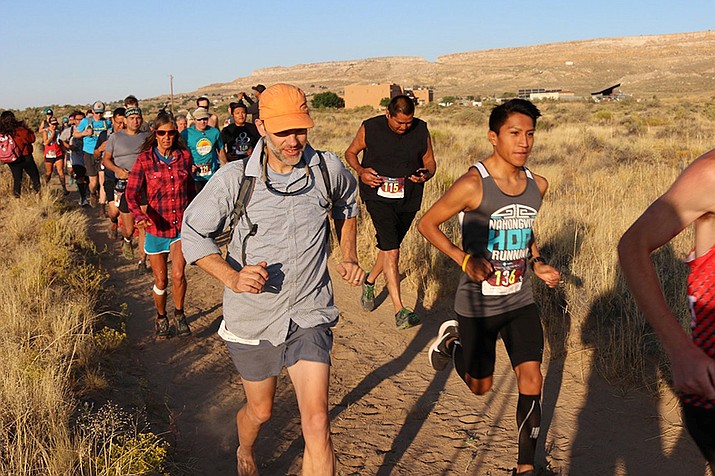 The Paatuwaqatsi Run takes place Sept. 10 with a 50K, 10 mile and 4 mile run. Above: Runners in a previous year in the light of the sun. (Submitted photo)

POLACCA, Ariz. — The Paatuwaqatsi Run, since its inception, is based on Hopi cultural teachings where water is life and where running was a way of life as the Hopi searched for food and relayed information.

The one-day event also includes speakers who will share knowledge about water issues as well as three different runs, a 50K, 10-mile and 4-mile run.

The Hopi people are known for running long distances at record speed. In Hopi culture, the people ran for practical and ceremonial reasons.

Several centuries ago, Hopis did not own cattle, sheep or burros and they relied on their ability to hunt, which required them to incorporate running in Hopi society.

In addition to running for gaming purposes, Hopis ran in search of food. When there were no horses for transportation, running helped to cover great distances.

Since its inception, the Paatuwaqatsi Run has been based on Hopi cultural values to remind the Hopi community of those teachings. 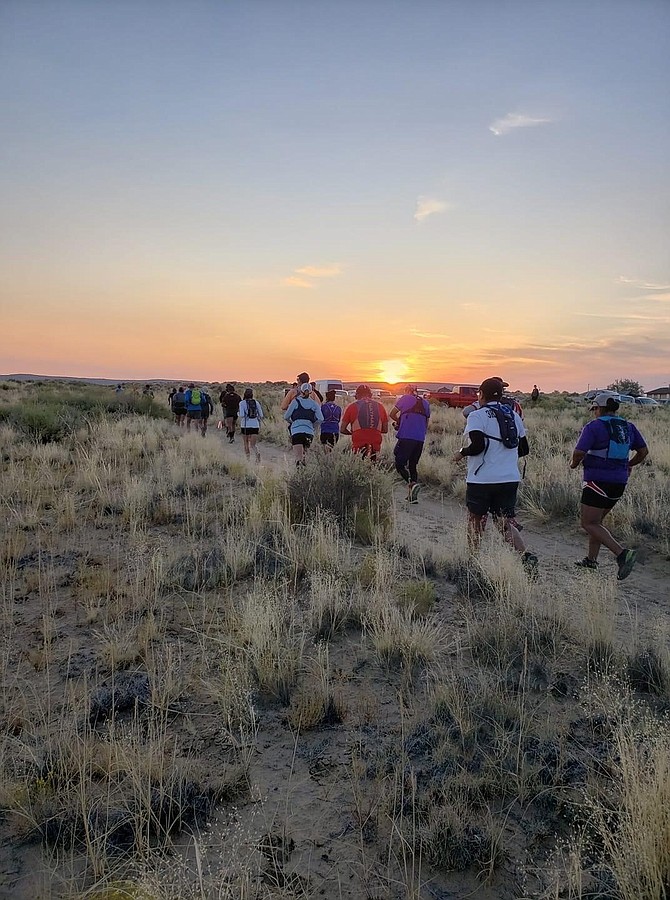 The Paatuwaqatsi Run takes place Sept. 10 with a 50K, 10 mile and 4 mile run. Above: Runners in a previous year in the light of the sun. (Submitted photo)

The run also invites other cultures to learn about Hopi’s cultural teachings as the Hopi share their values about life enrichment and the role that water and running plays in their lives.

Preston said the run was something he wanted for years to put together, to remind the Hopi about their own culture.

“We are forgetting our Hopi values,” he said. “We are forgetting to help each other’s out. I want to see that effort return to our community. Putting Hopi life values and teaching at the forefront is the purpose of the run.”

Along with the practical reasons for running, Hopis used running as a way to transport information and occurred in conjunction with several ceremonial events.

While preparing the body to participate in such races, preparation included praying as a group for rain and prosperity during ceremonies and was significant of giving from one’s self and embodiment to the ceremonial events.

Today, Hopis continue to practice ceremonial running and Hopi running games are religious and secular in nature, as the people played the games to bring rain and cultivate crops.

“Why are we taught to run early in the morning? Because running not only strengthens you physically, it strengthens you spiritually,” Preston said. “A runner would take one of the many foot trails from the village in the early morning to a spring, take a drink from the spring and sprinkle himself with the cold water. This gave that person strength and provided healing for any ailments. Everything at Hopi involves water — Water is Life. Now, water is being abused and is depleting. In some places, it is gone and I want to bring awareness to the people.”

Due to COVID concerns, the run organizers are not sponsoring the annual pre-race dinner or post-race lunch. There will be some safety precautions that will be announced in the days leading up to this event.

More information is available by emailing race director Sam Taylor at sampsontaylor91@yahoo.com. On-line registration can be found at https://ultrasignup.com/register.aspx?did=95097.