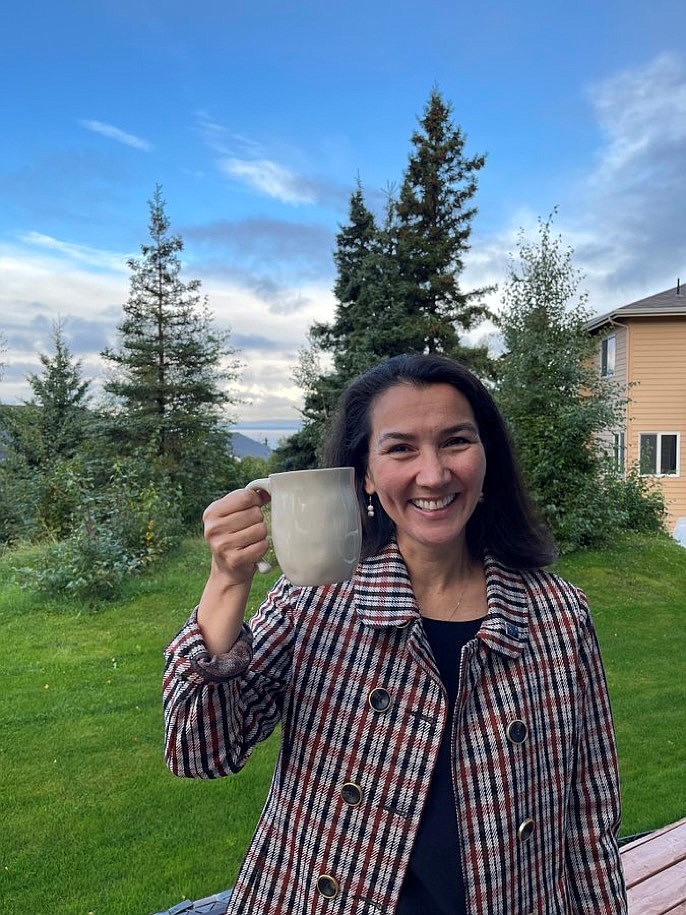 Democrat Mary Peltola lifts a mug in celebration after winning the special election for Alaska's only U.S. House seat Aug. 31. Peltola becomes the first Alaska Native to serve in the House. (Photo/Mary Peltola)

JUNEAU, Alaska (AP) — Democrat Mary Peltola won the special election for Alaska's only U.S. House seat Aug. 31, besting a field that included Republican Sarah Palin, who was seeking a political comeback in the state where she was once governor.

Peltola, who is Yup'ik and turned 49 Aug. 31, will become the first Alaska Native to serve in the House and the first woman to hold the seat. She will serve the remaining months of the late Republican U.S. Rep. Don Young's term. Young held the seat for 49 years before his death in March.

"I don't think there will be another birthday like today," Peltola said.

"Really I'm just so grateful to Alaskans and all the Alaskans who put their faith in me to fill out the remainder of Congressman Young's term," she said in an interview. "My desire is to follow in Congressman Young's legacy of representing all Alaskans, and I'm just looking forward to getting to work."

Peltola's victory, in Alaska's first statewide ranked choice voting election, is a boon for Democrats, particularly coming off better-than-expected performances in special elections around the country this year following the Supreme Court's overturning of Roe v. Wade. She will be the first Democrat to hold the seat since the late U.S. Rep. Nick Begich, who was seeking reelection in 1972 when his plane disappeared. Begich was later declared dead and Young in 1973 was elected to the seat.

Peltola ran as a coalition builder while her two Republican opponents — Palin and Begich's grandson, also named Nick Begich — at times went after each other. Palin also railed against the ranked voting system, which was instituted by Alaska voters.

All three — Peltola, Palin and Begich - are candidates in the November general election, seeking a two-year term that would start in January.

The results came 15 days after the Aug. 16 election, in line with the deadline for state elections officials to receive absentee ballots mailed from outside the U.S. Ranked choice tabulations took place Wednesday after no candidate won more than 50 percent of the first choice votes, with state elections officials livestreaming the event. Peltola was in the lead heading into the tabulations, followed by Palin and then Begich.

State elections officials plan to certify the election by Sept. 2.