Letter: Goodbye to the communities who trusted me with their stories 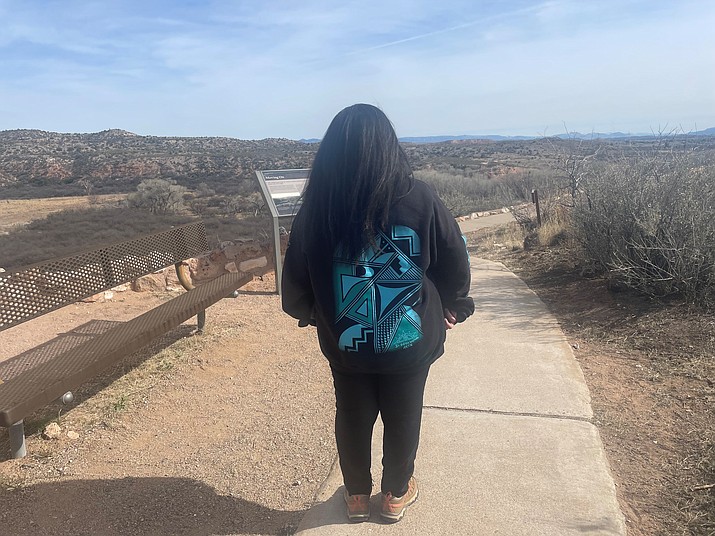 After nine years, Veterans Day was my last day at the Navajo-Hopi Observer.

My Facebook feed showed me a video I shot seven years ago of Navajo Code Talker Dan Akee when Red Feather Development Corp. helped to build a new home for him in Tuba City.

At the same time in Washington D.C., the new National Native American Veterans Memorial was dedicated on the grounds of the Smithsonian’s National Museum of the American Indian.

Yet, two days earlier, on Nov. 9, I listened to oral arguments before the United States Supreme Court in Haaland v. Brackeen, a case that will decide the constitutionality of the Indian Child Welfare Act, a 43-year-old federal law enacted because of the substantial number of Native American children public and private agencies removed from their homes and culture. The law was designed to give Native American tribes a say in what happened to their children.

As I listened, I recalled one of the first stories I wrote for the NHO — Adoptive Couple v. Baby Girl in 2013, where the Supreme Court ordered a Cherokee father to turn over his biological daughter to a couple who sought to adopt her.

In the middle of October, Seraphine Warren walked to Washington D.C. to call attention to her aunt, Ella Mae Begay, who went missing in 2021, which made me think of Amanda Webster, Jamie Yazzie, Nicole Joe and so many others I have written about while covering Missing and Murdered Indigenous People.

It is those kinds of stories that have kept me writing for the paper for nine years and why it is bittersweet to let go — even while I know that it is time for me to move on to telling my own stories.

Thank you to all of you who trusted me with your stories, particularly the Diné and the Hopi.

Lifting your voices, letting your words and faces be the focus of our paper was what my first editor, Ryan Williams, and I talked about when he hired me in 2013. We made a commitment to make sure the stories and people in the paper reflected the communities we were writing about, to make sure your voices were heard without a filter.

My goal was to make a difference and I hope that I have.

There are two people who I continually think about as the Supreme Court seems on the brink of dismantling a law enacted to help Native children and as so many other issues that impact Native people circle back ceaselessly and where it can seem hopeless that anything will ever change.

To Klee Benally and Ed Kabotie — thank you for the conversations we have had about how to hold onto hope, to keep fighting in a world that continually disrespects and ignores Native voices. You do not need me to tell you, but your dedication to your communities, your fight and determination to inspire people to see and do more are a constant refrain in my head.

There are too many stories, too many other people to thank everyone individually but the impact of all your stories and voices will remain with me in the future.

I listened when Ed Kabotie said at a Truth and Reconciliation event held in Flagstaff in 2018 that you cannot know who you are until you know where you come from. I took that to heart and decided it was time to discover where I come from and who my birth family is.

In addition to teaching a few classes at Northern Arizona University this semester, I have also been pursuing getting a MFA in creative non-fiction writing at the Institute of American Indian Arts in Santa Fe, New Mexico, where I am writing a book about the journey to find my birth mother and family.

Those things are possible because of the time I have spent at the Navajo-Hopi Observer writing about you and your stories.