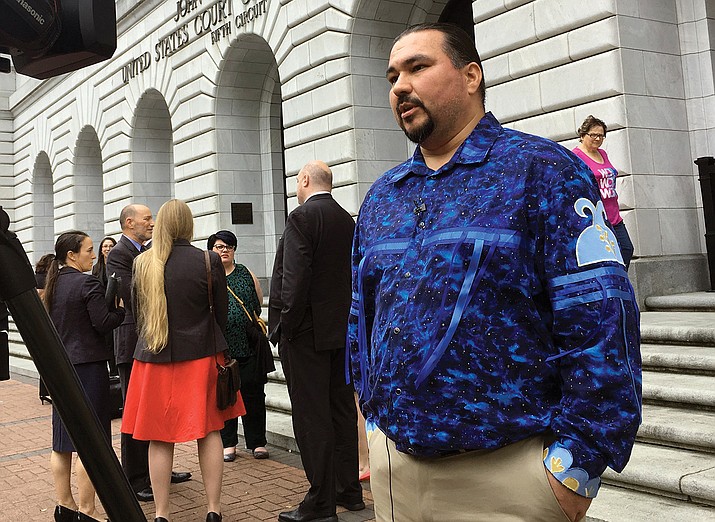 WASHINGTON — The Supreme Court appeared likely Wednesday to leave in place most of a federal law that gives preference to Native American families in foster care and adoption proceedings of Native children.

The justices heard more than three hours of arguments in a broad challenge to the Indian Child Welfare Act, enacted in 1978 to address concerns that Native children were being separated from their families and, too frequently, placed in non-Native Homes.

It has long been championed by tribal leaders as a means of preserving their families, traditions and cultures. But white families seeking to adopt Native children are among the challengers who say the law is impermissibly based on race, and also prevents states from considering those children’s best interests.

Justice Brett Kavanaugh called the case difficult because the court is being called on to draw a line between tribal sovereignty and “the fundamental principle that we don’t treat people differently because of race, ethnicity or ancestry.”

He was among conservative justices who expressed concern about at least one aspect of the law that gives preference to Native parents, even if they are of a different tribe than the child they are seeking to adopt or foster. Chief Justice John Roberts, Justice Samuel Alito and Justice Amy Coney Barrett also raised questions about whether that provision looked more like a racial classification that the court might frown upon.

But none of the non-Native families involved in the case has been affected by the preference the conservative justices objected to, Justice Department lawyer Edwin Kneedler told the court.

Even if there is a court majority to strike down that provision, the rest of the law could be kept in place, Ian Gershengorn, a lawyer for the Cherokee Nation, the Navajo Nation and other tribes said.

He urged the court to uphold the law “that has made such a meaningful difference to so many children.”

Representing the non-Native families, lawyer Matthew McGill called on the court to strike down the law because it “flouts the promise of equal justice under law.”

Justice Neil Gorsuch, a conservative who is a strong supporter of Native Americans’ rights, and the court’s three liberal justices seemed strongly inclined to uphold the law in its entirety.

Gorsuch said a broad ruling in favor of the challengers also would take “a huge bite out of” other federal programs that benefit Native Americans, including health care.

The law’s fate is in the hands of a court that has made race a focus of its current term, in cases involving the redrawing of congressional districts and affirmative action in college admissions. Two members of the court, Roberts and Barrett, also are the parents of adopted children.

The full 5th U.S. Circuit Court of Appeals struck down parts of the law last year, including preferences for placing Native children with Native adoptive families and in Native foster homes. It also said Congress overstepped its authority by imposing its will on state officials in adoption matters.

But the 5th Circuit also ruled that the law generally is based on the political relationship between the tribes and the U.S. government, not race.

The tribes and the Biden administration appealed some parts of the lower court ruling, while the white families and Texas, allied with those families, appealed others.

More than three-quarters of the 574 federally recognized tribes in the country have asked the high court to uphold the law in full, along with tribal organizations. They fear widespread impacts if the court attempts to dismantle the tribes’ status as political sovereigns.

Nearly two dozen state attorneys general across the political spectrum filed a brief in support of the law. Some of those states have codified the federal law into their own state laws.

A ruling in favor of the families and Texas could undercut the 1978 law and, the tribes fear, have broader effects on their ability to govern themselves.

When child protection authorities remove Native children from their homes, the law requires states to notify tribes and seek placement with the child’s extended family, members of the child’s tribe or other Native American families.

All of the children who have been involved in the current case at one point are enrolled or could be enrolled as Navajo, Cherokee, White Earth Band of Ojibwe and Ysleta del Sur Pueblo. Some of the adoptions have been finalized while some are still being challenged.

Before the Indian Child Welfare Act was enacted, between 25% and 35% of Native American children were being taken from their homes and placed with adoptive families, in foster care or in institutions. Most were placed with white families or in boarding schools in attempts to assimilate them.