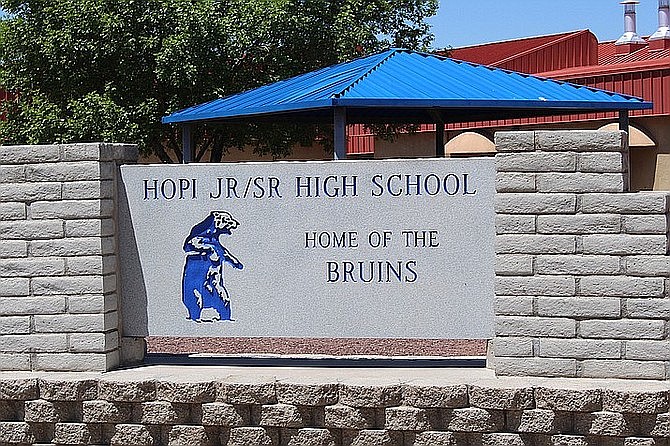 Northland Prep Academy won the meet with 40 points, Hopi came in a close second with 62, and Pinon placed third with 100 points.

Hopi High Coach Rick Baker praised the Bruins effort and added that they were looking forward to competing at state.

Hopi High Athletic Director Ricky Greer said the Bruins have a shot at winning state and should definitely finish in the top five, and hopefully in the top two.

For the girls, Northland Prep brought home the reagional win with 33 points, BASIS snagged second with 44, Many Farms third with 73, Hopi finished fourth with 75 ,and Valley placed fifth with 126.

Coach Rich Baker lamented that the Lady Bruins missed out on state by two points. However, three of the Hopi High girls qualified for state as individuals.

Emily Mullaney from BASIS was the individual sectional champ with teammate Sammy Mullaney right behind her in second place.

Hopi High football finished the season with a 6-4 record.

Greer said that was the team’s best record in the eight years he has been coaching. He said the stellar record was despite a tough schedule with Holbrook and St. Johns among the teams they faced.

Hopi made the top 25 in the state in their power rankings.