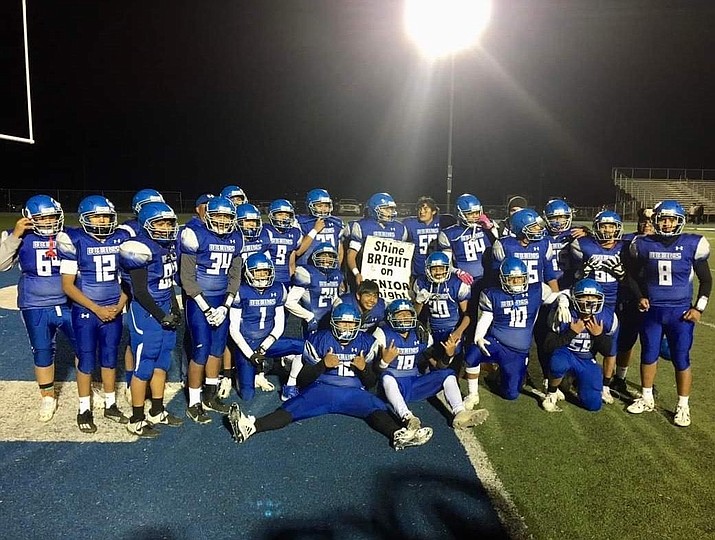 Hopi High School Bruins ended their season with a 6-4, 2-3 record in the 2A Little Colorado Division. Their final game was against Holbrook. (Photo/Hopi Bruins)

HOPI, Ariz. — The Hopi Bruins lost to a red-hot Holbrook team 62-0 — ending one of the most successful seasons in recent memory.

The Bruins ended the season 6-4, 2-3 in the 2A Little Colorado division. The Roadrunners, who boast a new head coach in Shawn Holley, finished the season 10-0, 5-0.

“I think we had a decent season, all things considered,” Bruins’ head coach Raleigh Namoki, Jr., said. “I think everyone has had their share of challenges, but I’d say our season was a productive one.”

The Bruins started out very well, beating teams by wide scoring margins, including some crucial conference games toward the end of the season.