FBI offers $5,000 reward for information about the disappearance of Ella Mae Begay 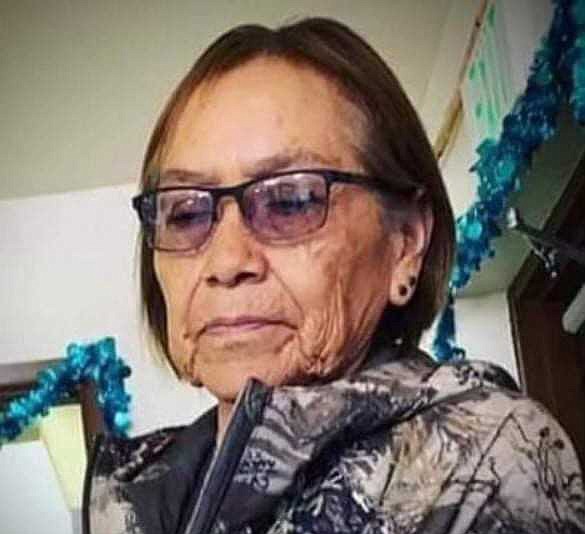 PHOENIX — The FBI is now offering a $5,000 reward for information in the disappearance of Ella Mae Begay, who has been missing from her home near Sweetwater, Arizona since June 2021.

Early June 15, 2021, Begay’s vehicle, a 2005 Ford-150, was seen leaving her home. It was believed the truck may have been driving toward Thoreau, New Mexico and may have proceeded in the direction of Albuquerque, New Mexico.

Begay’s truck is gray or silver with a broken tailgate that would not close. The Arizona license plate is AFE7101.

The $5,000 reward is for information leading to the identification, arrest and conviction of the person or persons responsible for the disappearance of Begay.

On Oct. 12. Begay’s niece, Seraphine Warren, arrived on foot in Washington D.C. after a 2,400 mile walk to raise awareness of her missing aunt.

She livestreamed her arrival to her Facebook followers continually calling attention to her missing aunt.

Warren, who started her trek this year on the anniversary of Begay’s disappearance, June 15, 2022, wanted to call attention to not just her aunt, but also Missing and Murdered Indigenous People across the country. Warren’s Facebook page, Trailing Ellamae, traced her progress on the walk from Sweetwater, Arizona to the Capitol.

The Urban Indian Health Institute (UIHI) cites many reasons MMIP cases are not investigated including underreporting, racial misclassification, poor relationships between law enforcement and Native communities, poor record-keeping protocols, institutional racism in the media and a lack of substantive relationships between journalists and Native communities.

A report released by UIHI in 2016, said the National Crime Information Center reported that there were 5,712 reports of missing Native women and girls, although NamUS, the U.S. Department of Justice’s federal missing persons database logged only 116.

While those numbers are improving with the FBI in New Mexico making an effort to correctly classify MMIP cases, as with Begay, many cases are still left unresolved for families.

“It feels like us, as Natives, we’re not important,” Warren told the Washington Post last week in an interview citing both the lack of support from law enforcement and of media attention when Indigenous people go missing.

Department of Interior Secretary Deb Haaland did meet with Warren, according to the Washington Post and “generally listened” to what she had to say.

But the reality is, even with Haaland’s increased focus on MMIP since she’s been in office and task forces put in place to address the issue, there is still a lack of resources, including law enforcement officers, to make a dent in solving cases. Resources could include anything from cadaver dogs, helicopters, drones to money for rewards — and a way for jurisdictions to work together, including tribal police and the FBI.

More information and photos about the case are available at the following link: https://www.fbi.gov/wanted/kidnap/ella-mae-begay.