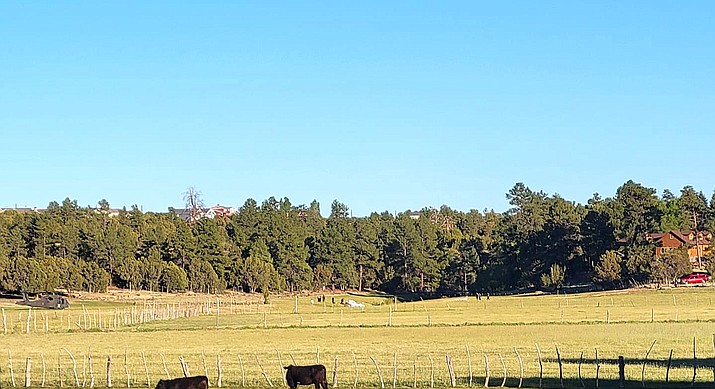 Timber Mesa Fire and Medical and Show Low Police Department responded to a small aircraft that crashed in the meadow near Show Low Creek May 25. (Photo/Timber Mesa)

SHOW LOW, Ariz. — On May 25 around 6 p.m. Timber Mesa Fire and Medical District and Show Low Police Department responded to a reported small aircraft that had crashed in the meadow near Show Low Creek south of 18th Place.

On scene, resources found the small plane heavily damaged and partially in the creek. Two victims were found inside the plane, one succumbed to their injuries of the crash on scene. The second passenger was extricated from the plane and emergency medical treatment provided while awaiting the response of a medical transport helicopter.

The patient’s condition deteriorated on scene requiring ground transport to Summit Healthcare Regional Medical Center, where they later succumbed to their injuries.

The pilot was identified as Anthony Joseph Greco, 53, of Maricopa, Arizona, and the passenger as Derek Michael Deutscher, 38, of Phoenix, Arizona. Families of both the pilot and the passenger were notified of the incident.

The National Transportation Safety Board (NTSB) was notified immediately following the crash and will serve as the lead agency for the incident investigation. A representative of the Federal Aviation Administration was also on site.

Further details of the incident will be available from the NTSB following the full investigation.