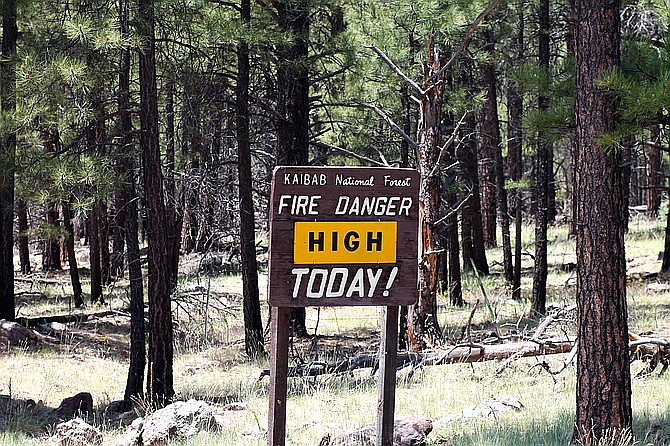 Signs like this one located through the Kaibab National Forest alert visitors to the prevailing fire danger of the day. (Photo/WGCN)

Along with restricting campfires and smoking, the forests' heightened restrictions prohibit or impose limits on activities such as shooting, welding, using chain saws, running generators and driving motor vehicles off roads.

"The restrictions are necessary to reduce human-caused wildfires during periods of high fire danger and persistent severe fire conditions," according to a statement by the Apache-Sitgreaves forests.

Other jurisdictions implementing stricter fire restrictions this week include the Arizona Department of Forestry and Fire Management, the city of Williams and Flagstaff and federal Bureau of Land Management units in southern Arizona.