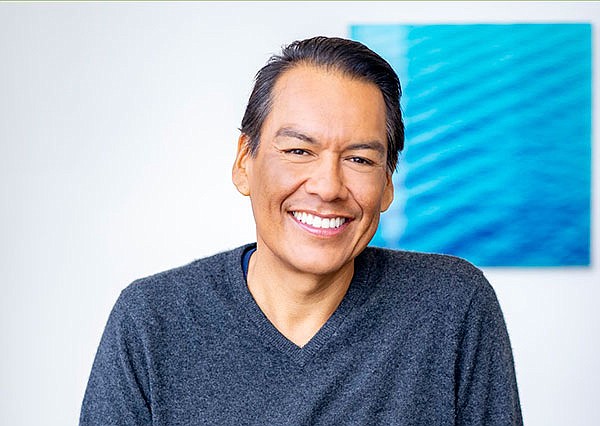 WINDOW ROCK, Ariz. — The Black List, IllumiNative and the Sundance Institute recently announced the eight finalists of The Indigenous List. The selected screenwriters represent the best and most promising Native creatives in the film and television industry.

The Indigenous List was launched in 2020 to provide a platform for Indigenous writers to showcase their scripts, create additional pathways and opportunities within the industry and support the development of the next generation of screenwriters.

With the recent release of critically acclaimed Native-authored and centered shows, including Rutherford Falls and Reservation Dogs, as well as films like Wild Indian and Night Raiders, there has been a rise in demand for Native-created stories.

The current Indigenous List writers have the opportunity to meet with Indigenous creatives who have first look and development deals at major studios, among them, N. Bird Runningwater (Cheyenne, Mescalero Apache), producer and former director of the Sundance Indigenous Program, and Sierra Teller Ornelas (Diné), show-runner and co-creator of Rutherford Falls.

Runningwater, who held the Indigenous Program directorship at the Sundance Film Festival for nearly 20 years, has assisted in the careers of filmmakers such as Billy Luther (Laguna, Hopi, Diné) and Shaandiin Tomé (Diné).

During the Native Lab, creative advisors will be focused on the specific development of storytellers.

“The Indigenous list provides an intimate look at the depth of talent and power of Native creatives in the entertainment industry,” Crystal Echo Hawk, founder and executive director of IllumiNative, said. “These Indigenous writers are leading the way and showing the power of Native-authored stories. I’m so grateful to the Black List, the Sundance Institute and the Indigenous creatives who are supporting the next generation of Native writers.”

The Native Lab is overseen by Adam Piron, director of the Sundance Institute’s Indigenous Program, and Moi Santos, the program’s Interim Manager.

This Native Lab edition began online May 2-6 and continued in person May 9-14 for the first time in two years — in Santa Fe, New Mexico.

IllumiNative is a Native woman-led racial and social justice organization dedicated to increasing the visibility of — and challenging the narrative about — Native peoples.

The Black List, an annual survey of Hollywood executives' favorite un-produced screenplays, was founded in 2005. Black List movies have won 54 Academy Awards from 267 nominations, including four of the last twelve Best Picture Oscars and eleven of the last 28 Best Screenplay Oscars.

The nonprofit Sundance Institute returns to in-person artist development labs this summer, according to a May 16 news release.

For four decades, the Sundance Institute’s labs have brought together accomplished artists and promising new storytellers to work creatively on their projects. Nineteen emerging creators,

Eight selectees from the Native Lab and 11 from the Directors and Screenwriters Lab will be supported at this year’s labs as they work to develop original work for the screen, with guidance and mentorship from seasoned creative professionals.

Among those selected is Kymon Greyhorse, 22, who is Diné and Tongan, a film director, screenwriter, cinematographer and editor. Greyhorse’s work explores the human experience, shining light on the underrepresented and normalizing Indigenous stories and existence. He said he wants his films to inspire and empower yearning voices that have been silenced for too long.

The Sundance Institute's signature labs, granting, and mentorship programs, dedicated to developing new work, take place throughout the year in the U.S. and internationally. The 2023 Sundance Film Festival runs from Jan.19 through Jan. 29 in Park City, Utah, and Salt Lake City. The Park City Utah-based Sundance Film Festival was founded in 1981 by acclaimed actor Robert Redford.