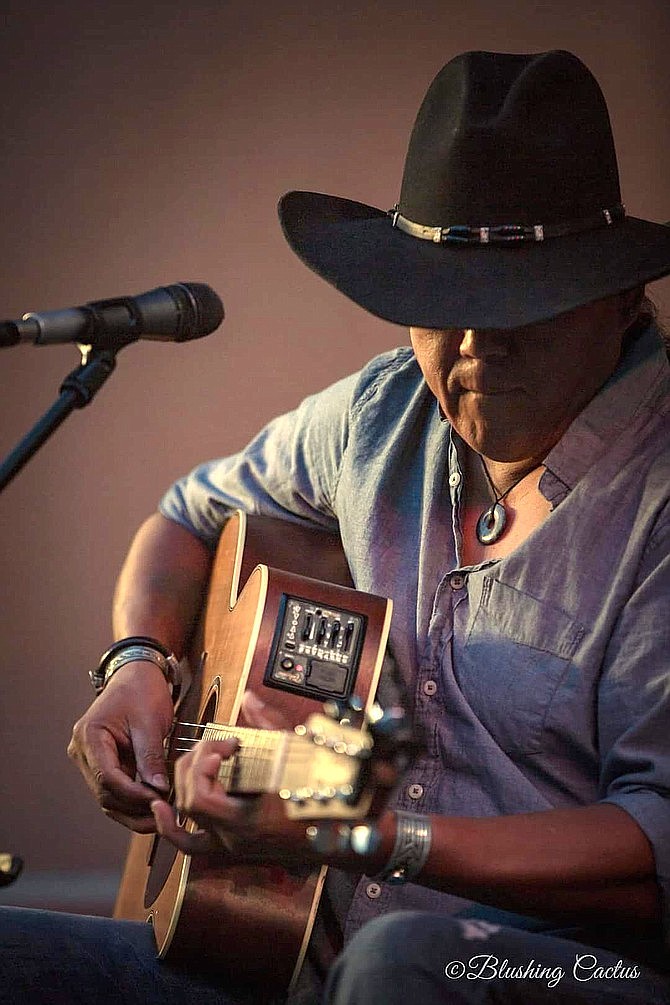 Sir Harrison Begay is eager to return to playing live. He will play at Flagstaff Blues and Brews Festival June 10. (Photo/Blushing Cactus)

This is the seventh year of the festival and the first year the festival will continue over two days. The festival runs June 10-11. Part of the proceeds will go to music programs at Flagstaff Unified School District and to schools on the Navajo Nation.

Begay said playing at Flagstaff Blues and Brews is amazing, but he said having this festival come back after the COVID-19 pandemic makes it special.

“The years before COVID were some of the best for my music and then COVID canceled everything. It’s like I have to start again," he said. "I’m happy to get back out there."

Begay, who is Navajo, played at this festival in previous years. He has opened for well-known blues musicians Sugar Ray and Tommy Castro.

According to Begay, headliner Cedric Burnside, is phenomenal, but everybody in the festival’s lineup has something to offer.

“I’m grateful to be on the same platform with these great performers,” he said. “They are all great caliber and they are all different in their own ways.”

Begay started his career performing on the Hopi reservation.

“The butterflies (in my stomach) make me play better," he said about playing in front of a large crowd. "It’s an inspirational feeling."

Begay hopes to have a CD out by the end of the year. He said he invested $8,000 in a CD just before the pandemic hit, but decided to delay its release.

Begay is known for playing his electric guitar.

Begay considers guitarists Jimmy Hendrix, Clarence Gatemouth Brown, Albert King, Albert Collins, Buddy Guy and Robert Johnson his mentors — he learned from watching and listening to all of them.

Begay, who recently moved from Prescott to Yarnell, said he loves the Prescott music scene. He is a regular performer in Prescott and he plays at Windsock Cocktail Lounge, Matt’s, Bird Cage Saloon and Jersey Lilly. More information on his schedule is available on his website.

“The music fans in Prescott listen. They are very adaptive to musicians and music. They are very supportive of music. It’s like a mini Memphis,” he said.

Begay is active with the Northern Arizona Blues Society because he finds everybody is friendly, supports and respects each other. He said they reach out to one another when anybody is in need. He also likes the Prescott music scene better than Flagstaff’s.

Begay said musically there is something going on almost every weekend in Prescott, whether it’s on the square or other locations. He said the Prescott music scene is developing as it goes along.

“It’s been a rough journey, but I’m still improving myself and challenging myself,” he said. “I love what I do 24 hours a day.”