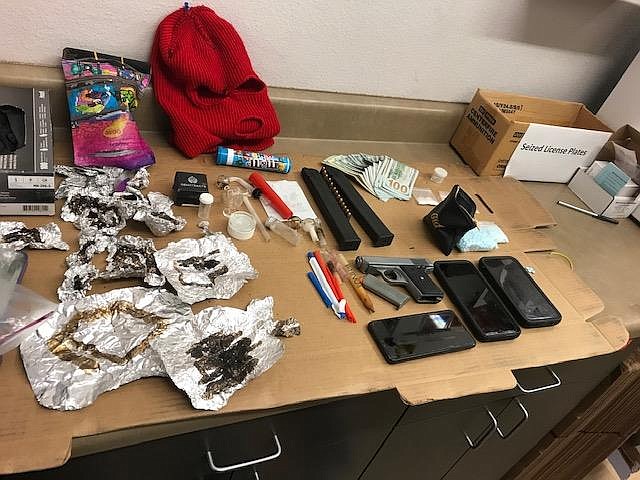 At approximately 1:38 p.m., the Criminal Interdiction Unit conducted a traffic stop in the Heber area for civil traffic violations. During the traffic stop, K-9 Kilo was deployed to conduct a free air sniff of the vehicle, where he alerted a positive alert. A search of the vehicle revealed approximately 2,360 suspected M-30 fentanyl pills, 10.1 grams of methamphetamine and a firearm.

After arriving at the jail, the detention staff located an additional 360 M-30 pills hidden in Becerra’s shoe. The estimated street value of the drugs is over $68,000.